Olive oil is the oil extracted from the olive tree called Olea europaea. This tree has been around on the planet for many thousand years. The plant has a history dating back to ancient civilizations, and so is the case with its oil.

Olive oil is even known as one of the important food mentioned in the Bible. A staple for the Mediterranean diet, it has been the food of the world’s healthiest and long-lived people for centuries. It comes with a lot of health benefits and is part of several handy home remedies.

It is used in cooking, making soaps and cosmetic products, manufacturing medicines, and also as pharmaceutical supplements. Many people use it for lighting lamps and as fuel.

One tablespoon of extra virgin olive has: 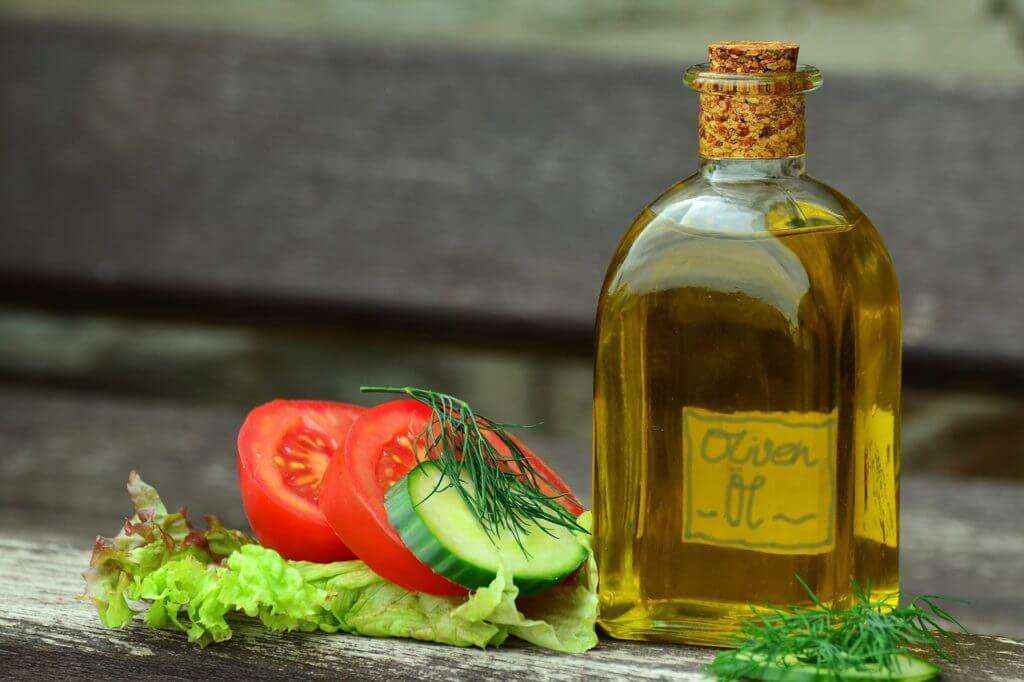 Olive oil comes with a lot of health benefits that have been proven time and again by scientific research. However, you need to bear in mind that regardless of how healthy a product is, there is a limit to its consumption.

Olive oil can be consumed from one to four tablespoons, depending upon the person’s diet and calorie needs. Nevertheless, including olive oil in your routine diet can do wonders for your overall health. Here is why:

According to several studies, diets containing high monounsaturated fats reduce the Low-Density Lipoprotein (LDL) cholesterol, the bad one, while increasing the High-Density cholesterol (the good cholesterol). Moreover, it lowers triglycerides by a higher value than a lower-fat, higher-carb diet does.

Not only that olive oil lowers LDL cholesterol, but it also prevents it from oxidation, which is the primary cause of heart disease.

Several observational studies dating back to a few decades have shown that heart disease is less prevalent in Mediterranean countries. This finding led to detailed research on the Mediterranean diet, and it was found that the diet drastically reduces heart disease risk.

You may know that olive oil is one of the key ingredients of this diet. Thus, it is responsible for protecting against heart disease, which is the most common cause of death across the world.

A number of studies have shown that olive oil improves the blood vessels lining and can help prevent excessive blood clotting. It is also known for lowering blood pressure, which is one of the major factors for heart disease and early death.

2.  It Comes with Strong Anti-Inflammatory Properties

This oleocanthal is present in olive oil in ample amounts. According to some scientists, the oleocanthal contained by 3.4 tablespoons (50 ml) of extra virgin oil acts the same way as 10 percent of the adult dosage of ibuprofen does.

One study has proven that antioxidants in olive oil can inhibit some proteins and genes responsible for inflammation.

3.  It May Helps Prevent Strokes

A disturbance in blood flow to the brain leads to stroke. This disturbance can be because of a blood clot or bleeding. Nevertheless, stroke is a serious condition that can be fatal. In fact, it is the second most common cause of death in developed countries. 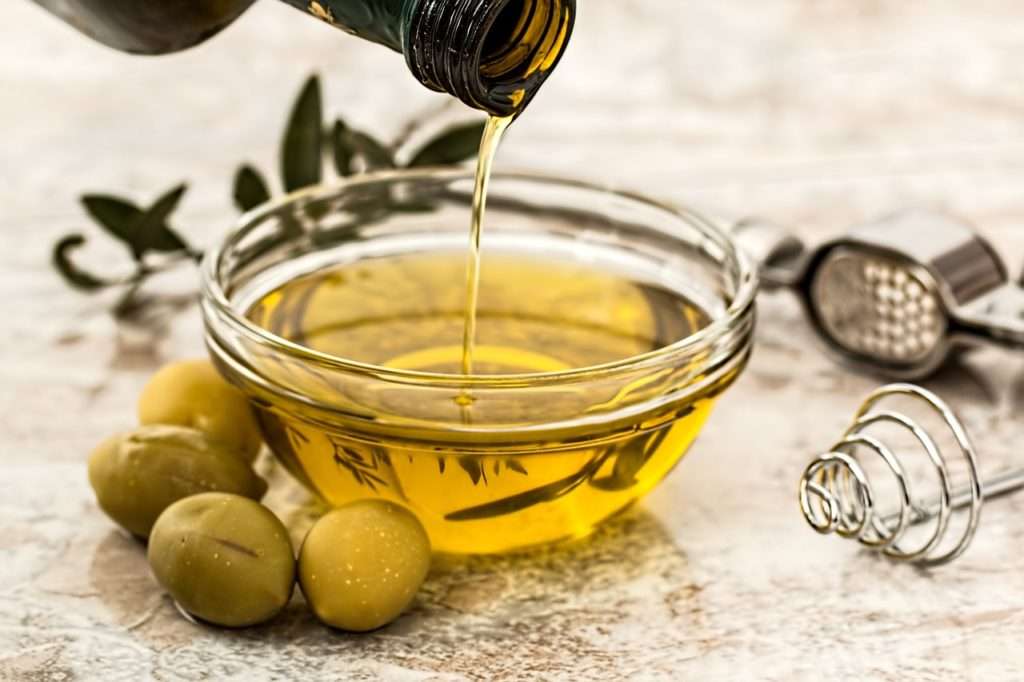 You can avoid this serious condition by adding olive oil to your routine diet. Researchers have studied the relationship between stroke and olive oil in detail.

An extensive review of studies in 841,000 individuals showed that the monounsaturated fats coming from the olive oil were the only compounds to reduce the risk of heart disease and stroke.

In another review studying 140,000 individuals, participants who consumed olive oil had a way lower risk of having a stroke than people who did not consume it.

Therefore, consuming olive oil can save you from the second most common cause of death. You can add olive oil as a dressing in your salad or even use it in cooking food.

Cancer is another major disease responsible for most of the deaths in the world. The risk of developing this condition reduces with the consumption of olive oil. That is because it contains antioxidants.

A 2004 study published in the European Journal of Cancer Prevention found that olives and olive oil are rich in antioxidants. In fact, they are among the best antioxidant-rich foods.

Another fact inclining towards cancer-preventing properties of olive oil is that people in Mediterranean countries are known to have a lower risk of cancer. Many researchers deem that this may be because of higher olive oil consumption in that region.

However, there needs to be more research to ascertain if olive oil really reduces the risk of cancer.

5.  It Helps with Weight Loss and Prevents Obesity

While fats are considered a big no-no for weight loss, some fats actually help with it. In fact, eating healthy fats aplenty plays a major role in controlling excess insulin. Insulin is a hormone that regulates blood sugar levels, keeps the weight intact, and allows weight gain.

Healthy fats are satiating. They help reduce cravings and hunger along with preventing overeating. That is why several studies found that a low-fat diet does not lead to weight loss or help in maintaining weight.

Olive oil is rich in healthy fats. Several studies have associated the Mediterranean diet with desirable effects on body weight.

Moreover, a 30-month study, taking into account 7000 Spanish college students, found that consuming an ample amount of olive oil did not result in increased weight.

Another three-year study in 187 individuals showed that consuming a diet high in olive oil helps in weight loss and also contributes to higher levels of antioxidants in the blood.

6.  It is Good for Brain Health

Olive oil improves focus and memory, and so people also call it a brain booster. Fatty acids make a large part of the human. Therefore, humans require a moderately high level of healthy fats on a daily basis to be able to perform tasks, think clearly, and regulate moods.

Olive oil is also known to help fight cognitive decline resulting from aging. It provides monounsaturated fatty acids that sustain brain health. Researchers also suggest that olive oil may help fight Alzheimer’s disease, which is the most common neurodegenerative condition in the world.

One of the main features of this disease is a buildup of beta-amyloid plaques inside the brain cells. According to one study in mice, olive oil contains a substance that can help remove these plaques.

One human study has also shown that a Mediterranean diet high in olive oil has a positive effect on brain function. However, we need more research on the impact of olive oil on Alzheimer’s.

7.  It Improves Mood and Helps with Depression

Olive oil has anti-inflammatory, hormone-balancing effects that help avoid neurotransmitter dysfunction. On the other hand, low-fat diets show to have an association with higher depression and anxiety rates.

Experts maintain that cognitive or mood disorders may occur when the brain is not getting enough amount of ‘happy hormones’ like dopamine or serotonin. These hormones are the chemical messengers crucial for getting good sleep, mood regulation, and processing of thoughts.

According to one 2011 study conducted by the University of Las Palmas in Spain, monounsaturated and polyunsaturated fat consumption has an inverse relationship with the risk of depression.

Whereas, trans-fat intake and the risk of developing depression have a linear relationship. In fact, the study showed that higher trans-fat consumption and lower MUFA and PUFA can up the odds of treating depression and battling mood disorders.

Therefore, if you are having the occasional blues, you can try adding olive oil to your favorite foods.

An anti-aging diet has a precondition of containing healthy fats. Extra virgin olive oil is the best example. It contains an antioxidant called secoiridoids that help stimulate gene signatures responsible for anti-aging and alleviation of cellular stress.

Secoiridoids also suppress gene expression that allows the formation of cancer. Evidence has it that these compounds also prevent ‘age-related changes’ in skin cells.

Hence, consuming olive oil daily can help you slow down the aging process. In fact, it is one of the foods that support your body in the 40s and beyond.

Adding this oil while cooking or even making food in this oil gives birth generates advanced glycation end products (AGEs) that play a crucial role in the ‘multisystem functional decline that happens with aging.’

However, keep this in mind: do not cook olive oil at high heat or it can cause the opposite effect.

9.  It Reduces the Risk of Type 2 Diabetes

In fact, adding extra virgin olive oil to foods high in sugar or carbs can help slow down the negative impacts on the bloodstream.

Consuming this oil is also an efficient way to feel satiated after meals that helps prevent overeating and sugar cravings leading to complications relating to diabetes.

10.  It has Antibacterial Properties

Olive oil contains several nutrients that can kill or inhibit detrimental bacteria. One of these bacteria is Helicobacter pylori that reside in your stomach and causes stomach cancer and ulcers.

Several test-tube studies indicate that extra virgin oil battles eight strains of the said bacterium, among which three are resistant to antibiotics.

One study in humans has also pointed out that consuming 30 grams of extra virgin oil daily can eradicate Helicobacter pylori infection in 10-40 percent of people within two weeks.

Olive oil brings a lot of health benefits. However, you need to ensure that the oil you bring home is of good quality. Extra virgin olive oil is the best choice if you want to use it for dietary purposes. It retains some of the bioactive compounds and antioxidants from olives.

That is why extra virgin oil is a healthier choice as compared to the more refined version of olive oil. Also, just reading ‘extra virgin’ on the bottle is not enough. Many shopkeepers pass olive oil as extra origin while it is diluted with other refined olive oils.

Look at the labels carefully to check if the oil is the real extra virgin. Also, check the quality certification as well. 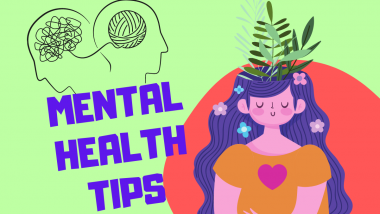 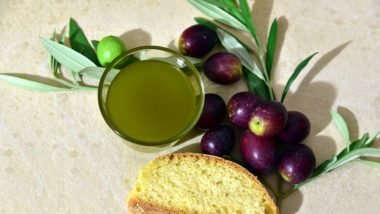