10 Pros and Cons of Vegan Diet

The mainstream media and social media alike are replete with the discussions on the vegan diet, whether it is good or not. If so, why, and if not, why not.

Although you may already know what a vegan diet means, still there are several myths regarding it. A vegan diet involves only plants like grains, nuts, vegetables, and other foods made from plants. What it does not include is anything that comes from animals, and that includes eggs and dairy products.

As for why people resort to a vegan diet, the reasons usually include ethical, health, or environmental concerns.

If you are not taking the vegan diet in the right way, it will lead you to nutrient deficiencies. The vegan diet comes with many pros and cons. Here are a few of those.

Here are the pros of a vegan diet:

1. It is Rich in Certain Nutrients. 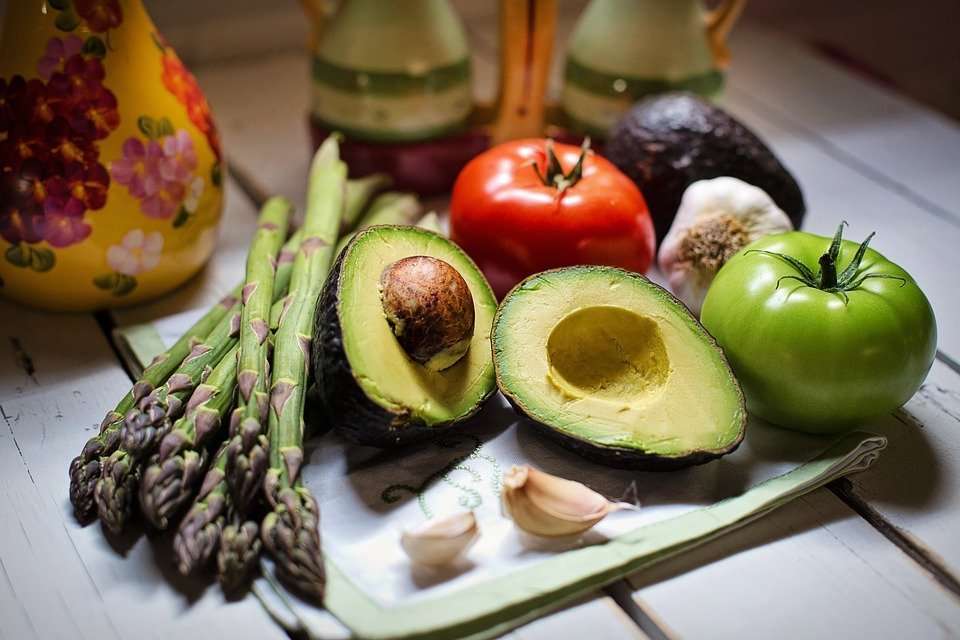 As you have just moved from a conventional diet to a vegan diet, you will be avoiding meat and animal products. It will lead you to rely more on other foods. If you are taking a whole-foods vegan diet, you will certainly replace the meat with the fruits, whole grains, beans, vegetables, peas, beans, seeds, and nuts.

As this stuff exists in a large proportion of a vegan diet than the conventional diet, your meals are going to comprise a high intake of these beneficial nutrients. You will be consuming these nutrients on a daily basis.

In fact, many studies indicate that a vegan diet provides more antioxidants, fiber, and useful plant compounds. They are also richer in magnesium, potassium, folate, and vitamin A, C, and E.

However, you should keep in mind that not all vegan diets contain the same components, and thus not the same amount of nutrients. Moreover, if you are not consuming a properly planned vegan diet, you might end up having not-enough amounts of essential fatty acids, calcium, zinc, iodine, iron, and vitamin B12.

Therefore, be mindful about the diet you are taking. Do not go for fast food, nutrient-poor vegan options. Your diet should be based on nutrient-rich whole plants and fortified foods. You should also consider taking supplements like Vitamin B12.

A vegan diet not only keeps one’s conscience in good humor but also is good for type 2 diabetes and weakening kidney function.

Several studies have proven that vegans are likely to have higher insulin sensitivity, lower blood sugar levels, and around 50-78 percent lower risk of having type 2 diabetes.

A few studies have even indicated that followers of a vegan diet with diabetes tend to have lower blood sugar levels as compared to the individuals with diabetes who have been following the diets from the American Diabetes Association (ADA), American Heart Association (AHA), and National Cholesterol Education Program (NCEP). 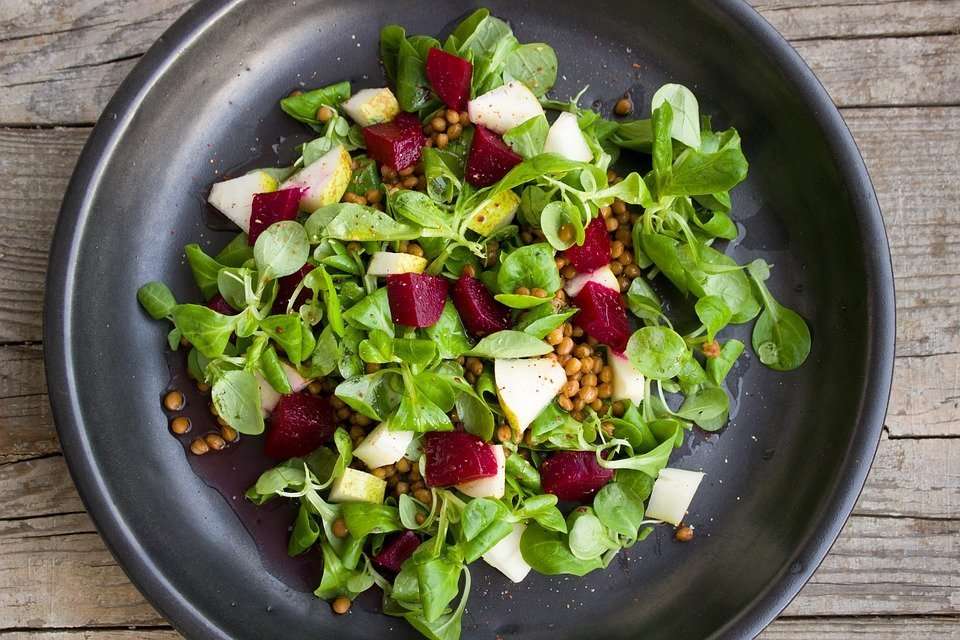 In one study, 43 percent of the vegan-diet followers tended to decrease their dosage of blood-sugar-lowering medication while those following an ADA recommended diet had only 26 percent who could reduce their dosage.

Many other studies have shown that people with diabetes who have replaced meat with plant protein may have a lower risk of poor kidney function.

And last but not least, several studies have reported that a vegan diet can give a complete relief of systemic distal polyneuropathy symptoms, a diabetic condition that leads to sharp, burning pain.

3. It Can Help You Lose Weight.

Going vegan can help you shed some pounds and for a good reason. Many observational studies have indicated that followers of veganism are likely to be thinner and have lower body mass body indexes (BMIs) as compared to the non-vegans.

Moreover, some randomized controlled studies also found that vegan diets prove to be more effective in weight loss as compared to the other diets.

In one study, a participant following the vegan diet lost 9.3lbs (4.2 kg) more than a control diet within an 18-week study period. In fact, the vegan diet causes more weight loss than those who were consuming calorie-restricted diets and that too when the vegan groups were eating until they felt satiated.

Another study found that even when the vegan participants were not following their diets properly, they still tended to shed more pounds than those on a standard Western diet.

4. It Helps Protect Against Certain Cancers

The World Health Organization (WHO) states that around one-third of all cancers are preventable by factors under human control. These factors also include diet. According to a study, eating legumes regularly can lower the risk of colorectal cancer by nearly 9-18 percent.

Research also reports that consuming at least seven portions of fresh fish and vegetables every day can reduce the risk of dying from cancer by up to 15 percent.

Vegans tend to consume more fruits, vegetables, and legumes as compared to non-vegans. This might answer why a review of 96 studies reported that vegans may have a 15 percent lower risk of developing cancer or dying from it.

This is because smoked or process meats along with those cooked at high temperatures are known to promote certain types of cancer.

Also, a vegan diet is devoid of dairy products that, according to some studies, slightly increase the risk of prostate cancer. On the contrary, the evidence is there that dairy can help reduce the risk of cancers like colorectal cancer. Thus, avoid diary may not be a factor that lowers vegans’ overall risk of cancer.

Another thing you need to remember is that these studies are observational. They render it impossible to identify the exact reason for why vegans tend to have a lower risk of cancer.

Nevertheless, till the scientists know more, it is prudent to increase the intake of fresh fruits, legumes, and vegetables that you consume daily along with restricting your consumption of smoked, processed, and overcooked meat.

5. It is known to Lower the Risk of Heart Disease.

Eating fresh vegetables, fruits, legumes, and other fibers are known to lower the risk of heart disease. All of these exist in large proportion in the well-planned vegan diets.

Observational studies have compared vegans to vegetarians and the general population. They found that vegans can benefit from up to a 75 percent lower risk of developing high blood pressure.

Moreover, they may also have up to a 42 percent risk of dying from heart disease. Some randomized controlled studies also indicate that vegan diets are way more effective at lowering blood sugar, total cholesterol levels, and LDL cholesterol than other diets.

Another study reports that a vegan diet may be particularly beneficial to heart health by reducing the risk of heart diseases as it lowers high blood pressure, blood sugar levels, and cholesterol.

Also, vegans tend to eat more whole grains and nuts than the general population. You must know that both are good for the human heart.

Cons of a vegan diet

While there are many benefits of going vegan, some cons are bound to come if a person is following a pure vegan diet for more than six months.

1. It Can Lead to Protein Deficiency

The best sources for protein include fish, meat, eggs, and dairy products and none of them makes it to a vegan diet. A typical Western diet includes all these foods ensuring that an individual gets plenty of protein on a daily basis.

But with the vegan diet, one needs to resort to beans and nuts to fulfill their protein requirements. If you are keen to follow a vegan diet, you should take more beans, nuts, and tofu.

2. It Can Cause Iron Deficiency.

Those who avoid meat especially beef and shellfish are prone to develop iron deficiency. When you do not take any meat for long, you are going to be iron-deficient. Iron deficiency can result in fatigue and issues with brain function.

Therefore, you should be mindful of your iron-intake. Take breakfast cereals fortified with iron, white beans, soybeans, and spinach more. If you are not taking any such food, or not taking it in increased amounts, you should consider taking a daily iron supplement.

Nevertheless, with grains and legumes, soaking and sprouting them can reduce phytic acid greatly.

A very few vegans pay attention to the fact they are sometimes overdoing all this. Without realizing, they overconsume carbohydrates and ultimately hidden sugar foods. Consuming excessive carbs can lead you to candida and yeast overgrowth that leads that eventuates in weight gain. You need to create a balance, which according to the experts, is seldom seen in vegans.

Another downside of following a vegan diet is that you would not be able to eat away from your home. Even if you get a meat-free meal, you would not be sure if the meal is free of milk or eggs as well. You have to take along your own meal everywhere most of the time.

5. Not Getting Enough Vitamin D, Vitamin B12, and Calcium

Followers of a vegan diet do not get to eat many foods that offer nutrients like calcium or vitamins. If you want to get the recommended amount of Calcium, i.e., 1000 milligrams per day, you have to eat more dark leafy greens or fortified soy products.

You know that Vitamin D helps your body to absorb the Calcium. Therefore, you need a diet filled with Vitamin D. Either take a Vitamin D supplement or drink vitamin-D fortified soy milk. Moreover, take a Vitamin B-12 supplement so that you get your required 2.4 micrograms per day.

You can also opt for B-12 fortified soymilk and breakfast cereals.

So, there were the pros and cons of a vegan diet.

If you are interested in a vegan lifestyle, getting to know the types of this diet is a good start.

Vegan diet comes in many varieties. The most common varieties are:

This diet is a raw-food vegan diet that focuses more on raw fruits and soft greens instead of fat-rich plants like avocados and nuts. It is also known as fruitarian or low fat, raw-food diet.

This low-fat, high carb diet is the same as that of the 80/10/10, but it relies more on cooked starches like rice, potatoes, and corn instead of fruit.

This is a low-fat vegan diet that takes inspiration from the above two. However, one can take raw foods only till 4 p.m. while dinner includes cooked plant-based meal.

This diet does not include any whole plant foods. Instead, it focuses on mock meats and cheeses, vegan desserts, fries, and other heavily processed vegans.

It is a raw-food vegan diet involving plant-based, whole foods in its raw or minimally cooked form.

The trend of adopting a vegan diet is becoming more and more popular. For the environment, or health, or ethical reasons, people are either switching to a vegan or vegetarian diet while shutting the animal products from their lives. However, one needs to be careful while going vegan; a poorly planned diet can lead them undernourished and an increased risk of developing certain diseases. While being vegan can give you the right amount of nutrients, you need to take certain supplements as well. 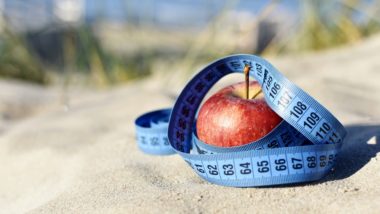 12 Ways Losing Weight Can Benefit You 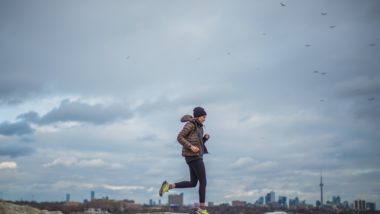