Are you worried about the pale complexion and shortness of breath while doing minor daily activities such as climbing stairs? A general feeling of tiredness and difficulty in performing daily activities can be linked to iron deficiency.

It may come as a surprise, but iron deficiency is the most common nutritional disorder in today’s world. Not only does it affect the children and women from developing countries, but it significantly presents itself in economically strong countries as well.

There is 5 percent iron in the earth’s crust. Despite this high quantity, iron deficiency is more common than one might think. Millions of individuals across the globe are said to have low levels of iron. The devastating health consequences of iron deficiency are a threat to a person’s developmental potentials. 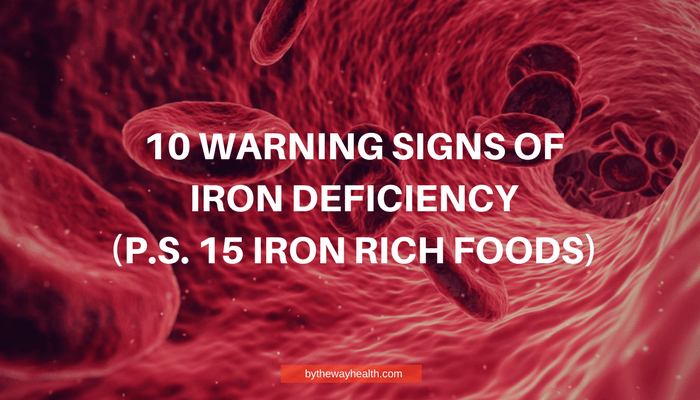 Read on to find out what is it that makes iron so much crucial for humans, the warning signs of iron deficiency, its causes, risk factors, and ways to deal with this deficiency.

Why is iron important to the body?

If you ever read on the mechanism of breathing, you must have come across the word “hemoglobin.” It is the protein that helps deliver oxygen to each cell in the body, and iron is critical in the production of this hemoglobin. So, the essential requirement of a human body to stay alive, i.e., breathing, is dependent on iron.

Having low stores of iron can lead to anemia which means there is little hemoglobin in the body. Low hemoglobin is directly linked to oxygen-deprived body cells and low human performance.

Depending on the stage of human life, iron deficiency can pretty much lead to havoc. If it occurs during critical stages of growth and development, it can lead to the following problems:

For others who have passed these critical stages of a human cycle, iron deficiency can cause poor cognitive skills and low performance at daily activities.

It is the detection of a disease that takes you to treat it. Although you cannot just sit at home and diagnose your medical issues on your own, there are certain signs that help you take notice of a possible problem and get things checked.

Mentioned below are 10 signs that are a possible indication of low iron levels in your body.

Having a pale complexion can be linked to low iron in your body. You may also check the inside of your lower eyelids and see if that’s pale too.

Paleness due to iron deficiency may either be found all over the body or it may be restricted to specific body parts such as the face, gum line, inside of lips, and nails. Blood gets its red color from hemoglobin. Low iron—and hence low hemoglobin—can make you lose that rosy complexion.

Some people have a natural paleness to their complexion. It is therefore important to confirm the diagnosis before concluding an iron deficiency due to pale skin.

Amid our busy lives and tight schedules, most people have concluded tiredness as an essential part of daily life.  A significant number of affected individuals suffer from unusual fatigue, yet it often goes unnoticed. We confuse it with the results of high workload and long working hours. However, if you feel unusually tired and the fatigue seems to stay no matter how much you rest, it could be a sign of iron deficiency.

Do not be fooled by your healthy food intake. Having a balanced diet does not guarantee adequate iron levels. Sometimes, other factors take the lead and cause deficiency despite adequate intake of the required minerals.

Where a healthy individual climbs 20 stairs with almost no effort, a person with iron deficiency will have to catch his breath after doing so.

Having low iron leads to oxygen-deprived cells and a lack of energy. Performing simple tasks can prove to be difficult with this deficiency.

If you happen to have difficulty in performing daily activities and you find yourself breathless at tasks as simple as walking, iron deficiency might be the culprit.

It is a gift of nature that humans perform hundreds of functions on the inside of the body all day long, but we do not get to listen to the sounds of those functions.

A high breathing sound, a thumping heart, wheezy nose, and stomach cramps are all those noises that appear when things are wrong. Iron deficiency produces some similar effect. You get to experience the struggle of your heart when deficient in iron. Heart palpitation, or the loud sounds of hear beating, are a common sign of iron deficiency.

You may have noticed dizziness while suddenly standing from a lying position. This happens more when you have iron deficiency. Headaches are another complaint from those who have moderate to high iron deficiencies.

Although there are many other cases of frequent headaches, a headache combined with dizziness is often linked to iron deficiency.

When you have low iron and less hemoglobin, the body directs oxygen to organs that are more important for survival. In that event, skin and hair tend to suffer from low oxygen supplies. The result is damaged hair, dry skin, and hair fall.

Remember that it is normal to lose hair while brushing and washing your hair. Only the excessive hair fall is considered an indication of nutritional deficiencies.

A crawly or an itchy feeling in the legs and feet is termed as restless leg syndrome. It is also accompanied by the urge to move your resting legs.

Iron deficiency has been linked to restless legs. The higher the deficiency, the worse the symptoms. The issue tends to be worse at night, and hence people struggle with getting adequate sleep.

A craving for chalk, dirt, clay, paper, and ice can be an indication of iron deficiency. These individuals opt for non-food substances. The condition is termed as pica.

Submitting to such craving can actually prove harmful; not only does it negatively affect the absorption of iron, but it also increases the chances of ingesting toxic substances.

If you happen to be suffering from pica, it is time to consult your doctor. Do not delay.

Swelling or the cracks on the sides of your tongue can be a sign of iron deficiency. Many individuals with iron deficiency complaint of a sore and smooth tongue.

Other than hemoglobin, myoglobin is another protein that requires iron. Myoglobin supports the muscles, and a lack of this protein can cause your tongue to be swollen, sore, and smooth.

The deficiency occurs either because of increased iron demands or due to decreased intake and absorption.

The increased demand for iron is mostly related to the period of growth and development, pregnancy, and in conditions where there is excessive blood loss.

When you have a lack of iron in your chosen diet, iron deficiency is likely to prevail.

Certain food substances such as calcium and polyphenols decrease iron absorption. Taking excessive antacids may reduce the amount of iron absorbed from food.

According to National Institutes of Health (NIH), recommended daily allowance for iron are as follows:

For almost every problem, some individuals are at higher risk. Similarly is the case with iron deficiency. Below mentioned groups of people have greater chances of suffering iron deficiencies.

Being aware of the value of iron, the daily intake needs, and the consequences of having low iron are the best motivation to keep away from iron deficiency.  Now that you are aware of the possible signs of low iron, it is best to take action and consult your doctor if you find any of these signs.

Getting treatment for whatever medical problem is the cause of iron deficiency is a way to start leveling up the iron stores for good. Your iron deficiency could be due to heavy menstrual bleeding, a stomach ulcer, or intestinal disease. It is best that you work with a doctor to rule out the exact cause of low iron and then get appropriate therapy.

No matter what the cause of iron deficiency, the end requirement is to consume more iron to compensate for the deficit. Go for foods that are rich in iron and make them a regular part of your diet. Scroll down for details on iron-rich foods.

15 FOODS THAT ARE RICH IN IRON

Despite having supplements for all kind of deficiencies, the natural food providing those nutrients that we lack are unbeatable. Mentioned below are 15 foods that are rich in iron. Munch on these foods, reclaim your energy levels, and gain control over your life once again. Here you go! 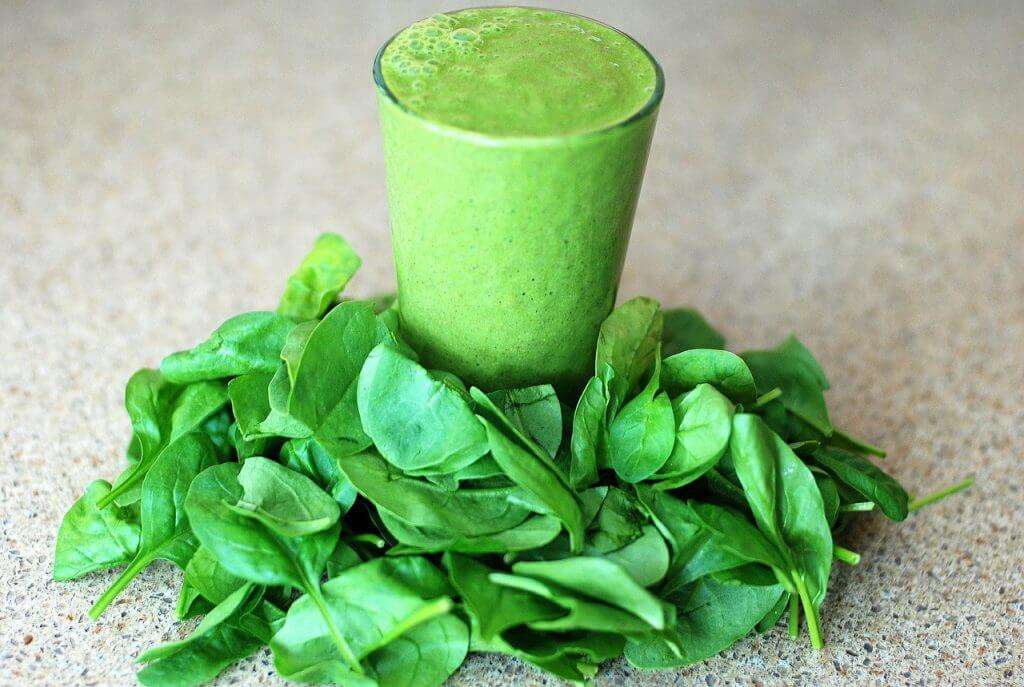 Things to keep in mind if you are a vegetarian

The human body does not easily absorb the form of iron found in plant-based foods. It is for this reason that vegetarians are recommended to have more iron than others.

Other than taking higher amounts of iron in food, there are various strategies that you can apply to increase the iron absorption.

According to World Health Organization (WHO), 0.81 billion cases of anemia are due to iron deficiency. Despite that iron is easily found in hundreds of foods, iron deficiency remains a common problem, but thankfully it is easily curable as well.

Consuming iron-rich food is the best and natural way to treat iron deficiency. Iron-rich foods not only help improve iron stores in your body, but they also increase your energy, cognitive performance, and muscle function.

If you are not already on these foods, consider taking them from now onwards.

6 Mosquito Borne Diseases Everyone Should Know About

5 Strong Reasons Why You Should Never Skip Breakfast