Coffee is a beverage that everyone loves. More than 50% of all Americans drink coffee every day. We all need that perfect morning dose of caffeine to kick start our day right and coffee gives us precisely that. When it comes to coffee’s nutritional makeup, coffee has a very low caloric count with one cup having only 2.4 calories. Additionally, coffee contains protein, riboflavin, pantothenic acid, potassium, manganese, magnesium, and niacin.

Coffee has been subjected to considerable scrutiny. Those in favor vouch for its antioxidant benefits, memory enhancing properties as well as its contribution towards heart and liver health. Those against it, however, argue about coffee’s role in indigestion, insomnia, and increased heart rate and blood pressure.

Regardless of the arguments, science backs up claims concerning the benefits of coffee to overall health. Here is a list of coffee’s 12+ benefits that deem it the perfect beverage to start your morning.

Coffee has been studied to contribute to improved liver function by increasing liver stimulation and circulation. The liver is one of the primary organs involved in 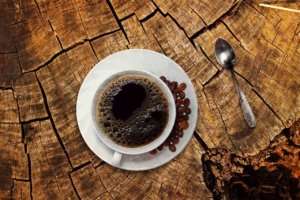 holism. Cirrhosis is the end-stage liver disease in which the scar tissue replaces the liver tissue. The primary cause of this damage is excess alcohol consumptions over a prolonged period or infections such as hepatitis. Research suggests that coffee can reduce the rate of cirrhosis in the liver by a staggering 80% in those who drink four or more cups of coffee.

Additionally, the same group has a 40% reduced chance of developing liver cancer. Studies revealed an inverse relationship between coffee consumption and liver enzyme levels in the blood. Increased levels typically indicate liver damage and inflammation. Therefore, the greater the amount of coffee consumed, the lower the level of enzymes and thus liver damage.

There is a reason why everyone starts their day with a warm cup of coffee. Caffeine is a psychoactive stimulant and coffee is one of its best sources. As the caffeine from the coffee makes its way to the brain, it inhibits adenosine. Adenosine is an inhibitory neurotransmitter. The body releases neurotransmitters such as dopamine and norepinephrine when the coffee inhibits adenosine. These are stimulating neurotransmitters that cause a boost in mood, energy, memory, and response time. In addition to making you more alert, it also induces small memory boosts.

Research has revealed a surge in brain activity in test subjects after consuming a cup of coffee. This was measured using MRIs as they performed a task concerned with memory and reaction time. This reveals that caffeine affects the brain’s memory and concentration concerned centers.

Coffee is an excellent fat burner. Statistics claim that coffee can increase your metabolism by almost 11%. Caffeine is a normal constituent of every loss weight supplement and fat loss pill. This proved that caffeine could boost fat burning and metabolism, which thus aids weight loss. It increases the oxidation of fatty acids and mobilizes fatty acids from the fat tissues as well. For the best results, avoid adding sugar or creamers as they make up for the lost calories.

Research shows that the human body absorbs more nutrients from coffee than it does from any other source. Coffee is a rich source of antioxidants as well as other nutrients that harbor multiple benefits. These include Vitamins B2, B3, and B5, Manganese, Magnesium, and Potassium. Coffee’s antioxidant properties have been said to be even stronger than that found in tea or cocoa by multiple research studies. This makes coffee an excellent tool for fighting free-radical damage. The two primary antioxidants involved in reducing oxidative stress and subsequent damages are chlorogenic acids and caffeic acid.

Black coffee has been reported to result in a 7% reduced risk on average for diabetes for every cup of coffee consumed. According to a research study, drinking two to three cups of coffee on a daily basis can significantly reduce one’s risk of developing type 2 diabetes in middle-aged women. Chlorogenic acid, one of the primary antioxidants present in coffee, has been said to cause a reduction in glucose absorption from the high carb and high sugar foods. 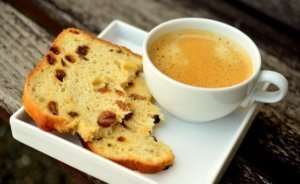 Caffeic acid, another major antioxidant, works by reducing the accumulation of toxic abnormal protein deposits in people with diabetes. These protein deposits are amyloid fibrils. This mechanism helps decelerate the rate of sugar released in the blood, thus aiding insulin resistance. Experts believe that coffee works in multiple ways. One, it helps the body utilize insulin and protect insulin-producing beta cells in the pancreas, thereby facilitating proper blood sugar regulation. Two, they prevent tissue damage, and three, they combat inflammation.

Gout is a variant of arthritis that results after the accumulation of uric acid in the joints. Uric acid deposits itself in the bone joints in the form of crystals, which in turn result in inflammation and pain. Studies reveal that people with a history of regular coffee consumption have a reduced risk of developing gout.

According to the results of the study, women who drank four or more cups of coffee have a 57% reduced risk, whereas those who drank between one to two cups had a 22% reduced risk. As for the men, those who consumed four to five cups of coffee daily reported a 40% decreased risk, and those who had 6 or more cups had a 60% lesser risk, respectively. The antioxidants found in coffee regulate insulin release and glucose monitoring, which results in reduced uric acid in the blood. Less uric acid points to an automatically reduced risk of gout.

The smell of coffee can be quite calming. Caffeine affects the regulation of a variety of neurotransmitters in the brain. One such neurotransmitter is dopamine. Dopamine is also commonly referred to as the pleasure chemical whose effect leaves the person feeling happier and less depressed. Elevated levels of dopamine points towards a better mood and a much happier outlook and attitude.

Studies suggest an inverse relationship between the amount of coffee consumed and depression, revealing that heavy coffee drinkers, i.e. four or more cups on average daily, have a 20% reduced risk of developing depression. Coffee is also said to help fight stress as it directly affects specific stress-induced proteins in the brain. This form of stress usually relates to sleep deprivation, which explains why everyone needs an early morning coffee fix to start the say right.

In addition to liver and colorectal cancer, studies show that coffee may reduce the risk of skin cancer in women by 20% and endometrial cancer by 25%. For men, coffee consumption may help reduce the risk of developing prostate cancer. The anti-cancer properties of coffee are due to the presence of polyphenols, which are antioxidant phytochemicals present in coffee. These polyphenols have been studied to reduce inflammation that contributes to the development of certain tumors.

Coffee is excellent for cardiovascular health as it reduces the risk of stroke by 20% in regular coffee drinkers, according to a Dutch study. Caffeine increases the heart rate, which in turn improves the health as the effect it has is comparable to going out for a brisk walk. While this is no excuse to skip exercise, it is an excellent way to motivate one to be healthier.

Coffee is a rich source of cafestol and kahweol antioxidants. These compounds have been associated with cholesterol regulation in the body and prevent the deposition of plaque in the blood vessels.

An impressive outcome of coffee consumption is improved physical performance. Coffee is a stimulant that increases mental and physical performance during exercise while also making you more alert and responsive. While caffeine plays no role in improving one’s maximum oxygen capacity, it does improve an athlete’s endurance and power along with speed. Coffee is often used before and during exercise as an ergogenic aid.

Many athletes drink coffee before going to the gym as it boosts performance, increases concentration and helps improve one’s stamina. It strengthens muscle contraction, reduces the athlete’s perception towards fatigue related pain and also increases fatty acids in the blood, thereby increasing endurance.

Studies reveal the athletic performance in those who consumed caffeine before exercising was much faster and overall better than those who drank placebos or decaf options. There is a huge misconception around caffeine being dehydrating, but in reality, caffeine harbors no such effect. In fact, caffeine helps fight off fatigue, thereby enabling one to push for longer.

Caffeine has a direct role in neurotransmitter regulation, which explains how coffee can enhance one’s memory. Studies reveal that regular coffee drinkers have a 65% reduced risk of developing Alzheimer’s disease, which is the most common neurodegenerative disorder globally.

As coffee increases blood flow to the brain, it helps enhance cognitive function and memory. According to a study, there was a relationship between coffee consumption and lower levels of abnormal proteins – called amyloid beta or Abeta – in the brain. Scientists believe that these proteins play a role in Alzheimer’s development. Thus drinking coffee helps keep the levels of these proteins low, automatically lessening your chances of getting Alzheimer’s disease. Coffee’s role in preventing diabetes has also been suggested to play a part in this as diabetes is a risk factor for dementia and Alzheimer’s disease.

It suggests that coffee drinkers have a mean 45% reduced chance of developing Parkinson’s disease. It is the second most common neurodegenerative disorder after Alzheimer’s disease. Parkinson’s disease is mainly due to the depletion of dopamine-generating neurons in the brain. These reduced levels of dopamine entail issues with movements such as tremors along with muscle rigidity, impaired posture, loss of speech and memory loss.

Coffee has been studied to have an effect on reducing retinal damage associated with glaucoma or aging. This is due to the antioxidant present in coffee called chlorogenic acid or CLA. CLA helps reduce oxidative stress on the retina of the eye. The retina is a thin tissue layer that requires high levels of oxygen to remain healthy and well-functioning. Oxidative stress can damage the retina and thus contribute to poor eyesight, vision loss, and retinal degeneration.

Headaches are a common occurrence, and the only way to defeat them is pain meds. Pain relief medicines constitute caffeine as one of the main ingredients; therefore, it is not surprising that coffee can help with migraines. Studies reveal that regular coffee drinkers are more accustomed to the effects of caffeine owing to their developed tolerance to the compound. However, for people who do not drink coffee regularly, coffee can double as a tool to fight headaches. Since their bodies are not used to the effects of coffee, the impact it has is much stronger and potent.

Coffee is a concoction that is not only delicious, but it also harbors countless benefits. However, all good things should be kept in moderation, as too much of anything is harmful. Now that there is an array of delectable and addicting ways in which you can have coffee, do not get carried away. Usually, these coffee drinks come with a lot of creamer and sugar that cancel out coffee’s benefits. For the best results, avoid adding sugar in copious amounts as it will only contribute to increased weight and nothing more.

11 Ways To Teach Your Kids About Healthy Eating

We use cookies to ensure that we give you the best experience on our website. If you continue to use this site we will assume that you are happy with it.OkRead more