Gone are the times when obesity was considered just a cosmetic issue. According to the World Health Organization and various medical and scientific societies, it is now recognized as a chronic progressive disease resulting from poor lifestyle and sonic factors.

Obesity not only has an economic impact, but it also contributes negatively to individual and societal health. It affects physical and psychological well-being. And as it is progressive in nature, obesity requires a long-term effort to bring back the body to its physically healthy state.

Do I really weigh too much?

The perception of being overweight may vary across societies. The difference in perception is also found across genders. So what’s the way to tell if a person is actually overweight?

There are two numbers you need to know.

Basal Metabolic Weight is the measure of body fatness. It is calculated as the person’s weight in kilograms divided by the square of his height in meters. A high score is an indication of high body fatness.

Following is the scoring criteria:

So a BMI score between 25–29.9 means a person is overweight, and if weight gain is not controlled at this point, the status will change to obesity.

Read on to find out how obesity affects your body and what are some research-proven ways to manage it.

There are two main types of diabetes.

The risk for insulin-dependent diabetes is higher in people with a family history of type 1 diabetes. While there is an environmental factor in type 1 diabetes, genetics plays a vital role.

Diabetes can lead to another set of diseases, including:

Irregular heartbeats, known as arrhythmias, are a risk factor for cardiac arrest. Arrhythmias have been observed in more frequency in obese individuals.

Obesity reduces lung capacity, the maximum volume of human air the lungs can hold. People who are overweight are more likely to develop respiratory infections and asthma—the risk of asthma triples in the presence of obesity.

Obstructive Sleep Apnea (OSA), a condition in which breathing repeatedly stops and starts during sleep, has also been found to be caused by obesity and other causes. OSA is a result of excessive fat in the neck, throat, and tongue. The high fatness in these regions blocks the airway during sleep. This blockage causes apnea (temporary cessation of breathing).

Obstructive Sleep Apnea is a risk factor for high blood pressure, heart failure, and pulmonary hypertension. It can also cause cardiac arrest and stroke. The OSA also interferes with normal sleep patterns, and the affected person would not gain enough sleep. This results in drowsiness and fatigue.

Cancer affects more than half a million lives annually in the United States alone. Obesity is believed to cause up to 90,000 cancer deaths per year. As body mass index (BMI) increases, so does your cancer risk and death from cancer. These cancers include:

Musculoskeletal disorders are becoming increasingly common owing to various reasons. One of those reasons is excess weight. Obesity is directly associated with osteoarthritis of the hip and knee. Osteoarthritis is a common issue that arises in old age or due to an injury resulting in joint pain and stiffness. Excess weight contributes to physical and metabolic strain on the bones, joints, and muscles.

Additionally, people with more significant body fat have higher levels of inflammatory substances that increase the risk of osteoarthritis. Obesity is also responsible for increased lower back pain and lower limb pain. Additionally, obesity increases the risk of disability sprouting from musculoskeletal conditions.

Ischemic strokes are the most commonly reported type of stroke. They result from blood clots in an artery carrying blood to the brain that causes brain cells to die. The other type is a hemorrhagic stroke—this type of stroke results when a blood vessel in the brain bursts. Research reveals a direct association between the occurrence of strokes and obesity.

Hypertension is the leading cause of strokes and often results from obesity. Excess weight increases your predisposition to other stroke conditions, such as high blood sugar, hyperlipidemia, and heart disease. One of the ways to reduce the risk of strokes is via blood pressure control. Excess weight increases the risk of developing an ischemic stroke by 22%. Obesity, however, increased the risk by 64%.

Hypertension is a rising global concern that presents with no symptoms but is the root cause of many serious ailments such as stroke, kidney failure, and heart disease. Since a larger body size requires the heart to pump the blood harder to ensure it reaches every cell, the association between obesity and high blood pressure is not surprising. Additionally, excess fat can damage your kidneys, leading to many kidney failures. Weight loss will aid you in reaching a healthy BMI range. A normal BMI range means lowered blood pressure.

Obesity enhances the risk of early and late miscarriages in pregnancies and the risk of preeclampsia, gestational diabetes, and complications during labor and delivery. Additionally, obesity also contributes to an increased risk of developmental anomalies, premature births, neural tube defects, and stillbirths.

Overweight pregnant women are at a greater risk of developing hypertension, high blood glucose, and insulin resistance. Research proves that infertility rates are the lowest in women with a BMI ranging from 20 to 24. These rates were reported to increase in women with BMIs lower and higher than this range. As for men, obesity and its impact on men’s health and reproduction remains relatively unclear. Studies have found oligospermia, low sperm count, asthenospermia, and poor sperm motility. However, no concrete evidence is available yet.

Aside from reproduction, obesity may also contribute to sexual dysfunction. Research shows that the odds of developing erectile dysfunction increase with increasing BMI. Reaching a healthy weight before pregnancy may reduce your chances of developing weight-related pregnancy issues. Overweight or obese pregnant women should consult their doctor about limiting weight gain and being physically active during pregnancy. 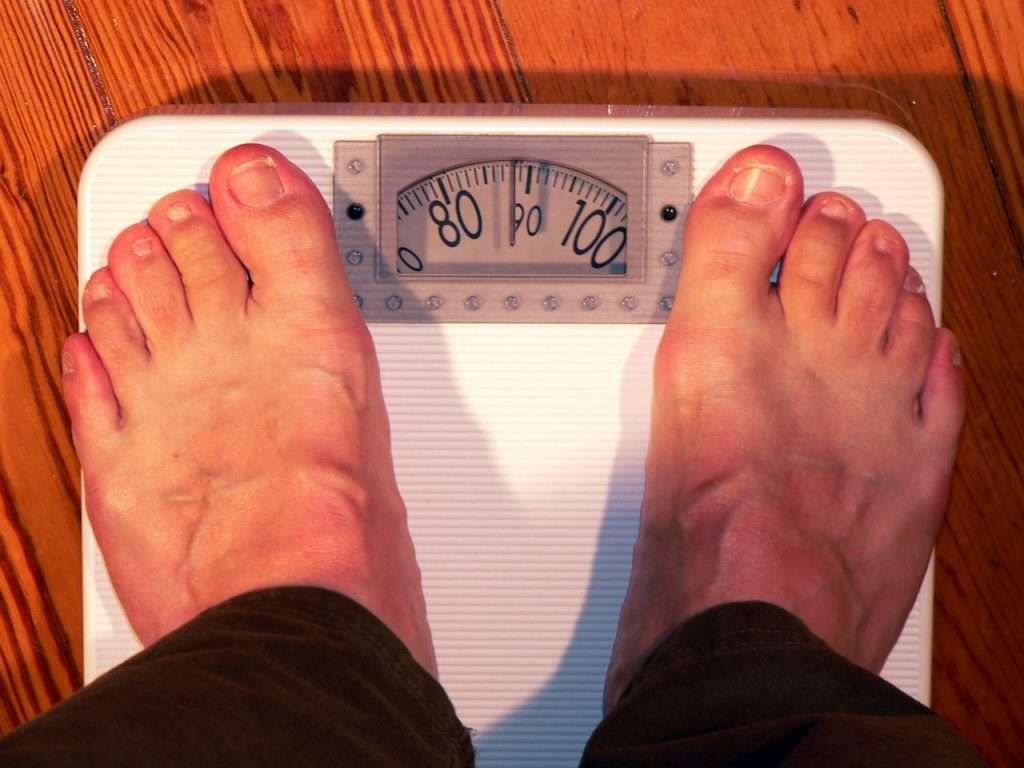 Kidneys help control blood pressure, so the body is healthy and functioning. Metabolic syndrome results from a cluster of factors that increase the risk of conditions such as hypertension as well as diabetes, both of which are the two most commonly reported causes of kidney failure. The characteristics of metabolic syndrome include:

– High triglyceride levels in the blood

– Low HDL, i.e., the good cholesterol in the blood

Even if you are taking medication to control your blood glucose, hypertension and hyperlipidemia still predispose you to an increased risk of developing kidney disease if you are obese. People with chronic kidney disease with metabolic syndrome are at a higher risk of progressing to end-stage renal disease.

Normally symptomless, the causes of fatty liver are still unexplored. The condition disappears rapidly with weight loss and sometimes develops into nonalcoholic steatohepatitis, the next stage of nonalcoholic fatty liver disease. Fatty liver may worsen over time, leading to severe liver damage, cirrhosis, and liver failure. Reducing your weight can help reduce the risk of developing a fatty liver. Lowering your body weight to a healthy range may help your fatty liver and possibly reverse the disease to a certain extent.

Gout is an illness that affects the joints and bones, commonly resulting from increased uric acid levels in the blood. Uric acid in excess can cause the formation of crystals that deposit in the joints. It is more common in overweight individuals because the body is less efficient at removing uric acid. Additionally, obese individuals produce more insulin, further inhibiting uric acid elimination by the kidneys.

Sudden fluctuations in weight may flare up your gout. Factors that can contribute to it include stress, medications such as diuretics, and dehydration. Therefore, if you have a history of the ailment, it is crucial to get a checkup done.

Studies suggest that obese individuals are more likely to have depression than others with healthy weights are. The relationship between the two remains unclear since a biological link between the two is still undefined. However, possible mechanisms may contribute to the ailment, including inflammation activation, insulin resistance, hormonal fluctuations, and social and cultural factors.

Obesity affects almost every aspect of your health. From increasing one’s predisposition to chronic conditions such as heart disease and diabetes to hormonal changes and respiratory disorders – excess weight is the root cause of many ailments. Nutritional intervention and a lifestyle change is the best way to guarantee weight loss. While the journey is not easy, it is beneficial in the end. Fight obesity and extend your lifespan to improve your health and those around you. 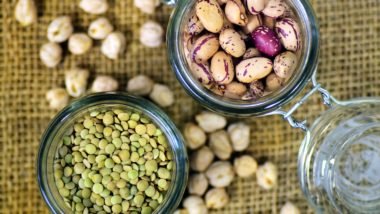 10 Top Healthiest Beans, Grains, And Legumes You Need To Know About Now 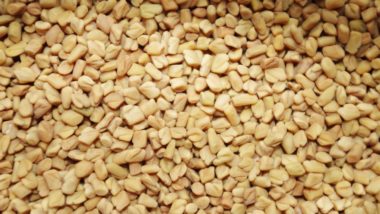