5 Diseases Outbreak that Kids with Cats Can Develop

Cats and children are a common synergy in many households, but that interaction can open the door for many zoonotic diseases. Zoonotic diseases are ailments that can be transmitted from pets to humans. Five major disease categories that can affect children who have cats as pets include bacterial, parasitic, fungal, protozoal, and viral. 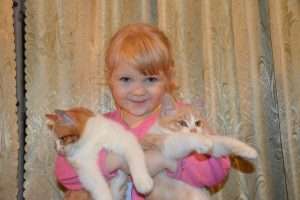 An example of a common zoonotic bacterial infection is Cat Scratch Disease. Cat Scratch Disease affects 25,000 people per year and occurs after cats bite or scratch humans. Consider what cats do when they play or get upset. They purr, bite or scratch, which makes these actions common when children interact with cats. As stated in Cornell’s College of Veterinary Medicine, the symptoms include:

It may take months for the symptoms to subside in healthy individuals. People with low immune systems and children may have severe or fatal outcomes. If a bite or scratch from a cat does not heal and is accompanied by the symptoms, medical attention should be obtained.

From Toxoplasmosis to Schizophrenia

Toxoplasmosis (Toxoplasma gondii) is a disease in which protozoa can be passed from cats to humans. Most people do not show any symptoms until later in life. The symptoms that manifest in cats include:

According to The National Institutes of Health, Toxoplasmosis has been linked to Schizophrenia and other Mental illnesses in humans. Scientific research by Torrey et al at the NIH presented data linking Toxoplasmosis gondii antibodies in people with Schizophrenia. Check this schizophrenia test to see if children have been exposed to Toxoplasmosis and might have signs of affected behavior.

A blood test will reveal antibodies from exposure. Once the Toxoplasmosis might cause Schizophrenia to develop, the diagnosis of the severe mental disorder is extremely difficult to take in. If there are suspicions of Schizophrenia or other mental diseases, medical advice and testing should be sought.

Examples of zoonotic parasitic diseases include various types of worms. Children are at increased risk for this disease because they are more likely to accidentally ingest worm larvae from soil and exposure to cat feces.

This disease can be a problem for children even if there are no pets in the home because children play outside and larvae can inadvertently be tracked into the home on the soles of shoes. If vegetables and fruit are not cleaned properly, excess soil can be ingested, which can possibly contain parasites.

Sometimes exposure is asymptomatic, which causes problems later in life after the larvae have matured. According to the Center for Disease Control and Prevention, symptoms of parasite infestation range from:

In a severe form of larvae infestation, the liver, central nervous system, and the eyes can be infected. If the larvae invade the eyes, blindness can result. Prevention and treatment include proper hygiene by washing hands after playing with cats, washing vegetables to remove soil, and antiparasitic treatments by a physician.

“Oh no, Ringworms!” Often the name, ringworm, misinforms people. Ringworm is not a worm, but is actually a fungus that appears on cats as gray, flaky patches of skin, and can be passed from cats to humans. Transmission to children will most likely be through petting or grooming an affected cat. In humans, ringworms appear as small, round, red, irritated patches of skin.

The patches of skin start as circular and smooth, then become raised with time. Treatment includes, but is not limited to disinfecting the living area and anti-fungal treatments. According to Mayo Clinic, if over the counter treatments do not work, a prescription strength medication may be needed.

Most cat-linked viral diseases affect only cats, but one of major concern is rabies. According to the Cornell Feline Health Center at Cornell University, cats are highly susceptible to rabies.

The interaction between pet cats and outdoor cats resulting in a bite or exchange of saliva can cause rabies. Once the domestic cat is around children, rabies can be transferred to the child.

Cats do not show symptoms immediately, according to WebMD Pet Health, therefore, the time lapse between infection of the cat and realization that the child has been exposed can be fatal. Rabies attacks the spinal cord and brain of both cats and humans and has an approximate 100% mortality rate. Symptoms in cats begin to manifest as:

Keep in mind that not all zoonotic diseases were addressed. Other diseases could occur. Preventative measures should be taken to minimize the possibility of children contracting diseases from cats later in life. By monitoring children when they are playing with cats, and frequent hand washing, the likelihood of scratches, bites and ingesting larva is greatly decreased.

Vaccinating children and pets, education about the various diseases and how they are transmitted, talking with a pediatrician or family physician, and communication with a veterinarian is essential. By preventing zoonotic diseases from occurring, a happy and healthy life can be shared between children and cats. 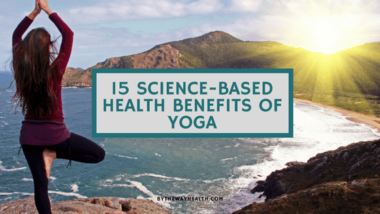 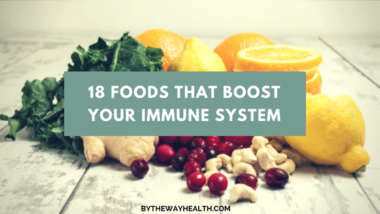