You’ve probably heard all about the health benefits of coconut oil. It seems everyone is talking about coconut oil and what it can do for the body – everything from reducing inflammation to promoting better skin and hair. Is there nothing this superfood can’t do?

Want to know more? Here are some of the important health benefits of coconut oil.

The lauric acid in coconut oil is proven to act against bacteria and also prevent viruses from taking hold in the body. Coconut oil helps to cut down on the growth of bad bacteria and promotes healthy bacteria instead. Coconut oil is a much healthier source of energy than sugar, so it is a good boost for when you are feeling rundown or you are sick.

Medium-chain fatty acids, which are a big part of coconut oil, are known to help glucose uptake and also to cut down on the accumulation of body fat. These fats also show to help improve insulin sensitivity in people with diabetes, and to improve insulin action. Basically, the medium-chain fatty acids help to balance out the reaction between insulin and glucose, which can help diabetes sufferers as well as people who are suffering from poor digestion.

There are some studies that show that, even though coconut oil is a fat, it can actually help levels of good cholesterol rise, without a rise in levels of bad cholesterol.

Studies are mixed on this one because after all coconut oil is still a fat and therefore full of calories. But the type of fat makes a difference. In one study people consuming coconut oil saw their waist size decrease over time, which didn’t happen with a control group of people taking soybean oil. In addition, another study looked at people eating coconut oil in addition to taking part in a weight loss program or consuming olive oil, and the people in the coconut oil group lost more weight than those in the olive oil group. However, you do have to remember that coconut oil is a high-calorie food and too much oil combined with a diet already high in calories will not lead to weight loss.

It is believed that ketones in coconut oil can actually help deliver energy to the brain in people who suffer from Alzheimer’s disease and compensate for the lack of energy-making chemicals that are present in people with the condition. This could, in theory, help to promote better brain function but more studies are certainly needed.

Coconut oil is a wonderful natural treatment for dry hair and also for dandruff. One remedy says to use coconut oil with a little rosemary essential oil and massage it onto the hair, rinsing off after 30 minutes – this is said to promote thicker hair that is dandruff-free.

Virgin coconut oil contains antioxidants and in some studies it has shown to reduce inflammation in people with arthritis, allowing for less pain and acting as a side-effect-free alternative to painkilling medication.

The fats in coconut oil are easier to digest than other types of fat, and they also give you a more sustained burst of energy that boosts your metabolism. Athletes often use a mixture of coconut oil, honey, and high-protein seeds to give them an energy boost before long training sessions.

Coconut oil contains a lot of calories and fat, and therefore experts advise using it with caution and not consuming high quantities of the oil. However, since the oil contains more medium-chain fatty acids which are easier to burn off, many people see it as more beneficial than other forms of fat. 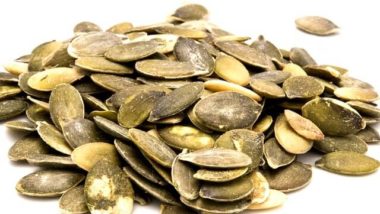 10 Types of Healthy Seeds You Need to Eat 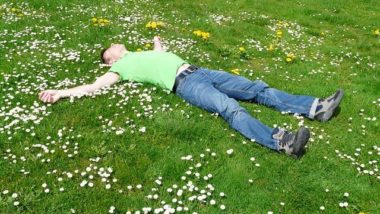 9 Surprising Things That Happen When You Get More Sleep

10 Ways To Care Your Back Pain In Pregnancy