6 Mosquito Borne Diseases Everyone Should Know About

The most deadly creature on earth is not a saltwater crocodile or a black mamba; it’s the mosquito that conveniently transmits deadly diseases through a single bite. According to the World Health Organization (WHO), mosquito-borne diseases cause more than 1 million deaths per year, and hundreds of millions of individuals suffer the consequences of a mosquito bite. As small as it may seem, every 30 seconds a mosquito kills a child in some part of the world.

Mosquito-borne diseases vary based on the region; it’s climate and the environment. Their long list goes from zika virus to yellow fever with many others in between.

There have been regions where based on preventive measures, public health sectors have been able to control some of the deadliest health issues such as malaria. Yet the same disease remains widespread when it comes to areas where preventive measures are not well established. 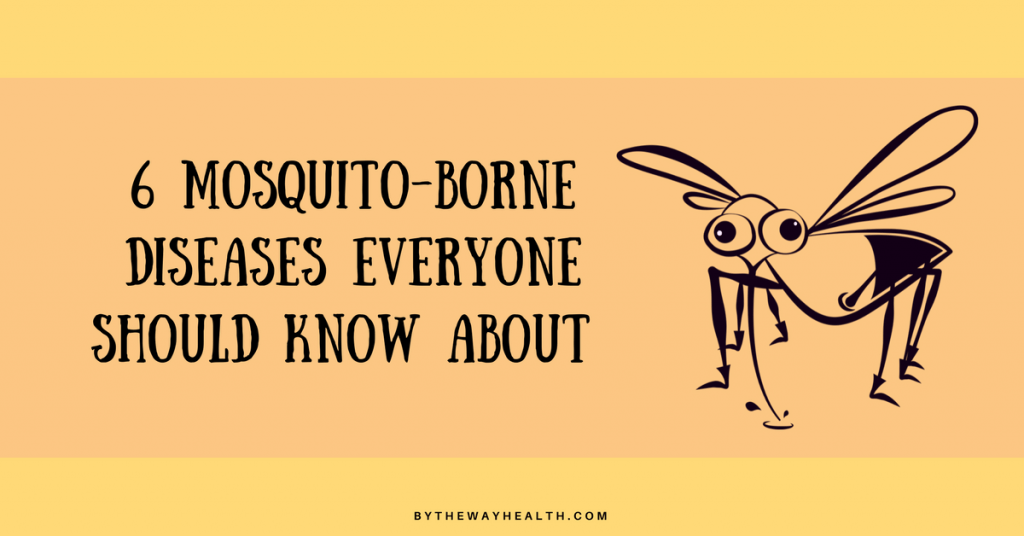 Read below about 6 mosquito-borne diseases that are so common across the globe that stats claim almost 50 percent of the population to be at risk of catching one of these.

A viral disease transmitted through a mosquito bite, dengue is in the spotlight of the World Health Organization. According to reports, up to 400 million people are annually affected, and all this doesn’t happen in a specific continent; dengue has its effects in more than 100 countries. An estimated population of 2500 million is at risk of dengue.

The bad news is that once the virus incubates the mosquito for 4-10 days, it will stay in the mosquito for the rest of its life. So, one dengue virus-infected mosquito is capable of causing hundreds of dengue cases.

Dengue presents as a flu-like illness affecting individuals of almost all age groups.

An individual presenting with a high fever (104°F) accompanied by any two of the following symptoms is usually suspected of dengue:

Symptoms appear after 4-10 days of virus transmission and last for 2-7 days.

Whether or not the symptoms appear in the infected person, he is still capable of transferring the virus to uninfected mosquito for a few days. So, the infection cycle goes on like this: a mosquito transfers a virus to humans and humans in-return transfer that virus to mosquitos.

Vaccines for dengue virus are still in clinical trial phases. The best strategy is to avoid mosquito bites and prevent mosquitos from entering the environment. Read the prevention strategies section towards the end of this post to find out about the control and prevention of mosquitos.

In recent years, Zika virus has emerged as a significant threat to human health. Since 2015, it has rapidly spread to over 30 countries including the United States.

A child born to an infected mother is at risk of microcephaly, i.e., small head and brain. Zika virus can also cause neurological conditions like Guillain-Barré syndrome in which the immune system attacks nerve cells leading to paralysis in adults.

Once again, the culprit is Aedes mosquitoes. However, Zika virus also has a sexual transmission. Researchers are investigating other modes of transmission as well.

Center for Disease Control and Prevention (CDC) mentions that many individuals show no symptoms despite the active infection status. The cases in which symptoms usually appear present with mild fever, conjunctivitis, pain in muscles and joints, headache, a rash on the skin, and a general feeling of discomfort. These symptoms last for no longer than a week.

Suspects of infection are based on symptoms and a recent trip to Zika virus active transmission areas. Blood tests and other body fluid tests confirm the diagnosis.

As the symptoms are usually mild, treatment is palliative. Taking rest, treating fever and pain, and drinking plenty of fluids is a usual way of comforting the patient. Currently, there is no vaccine to protect against Zika virus. 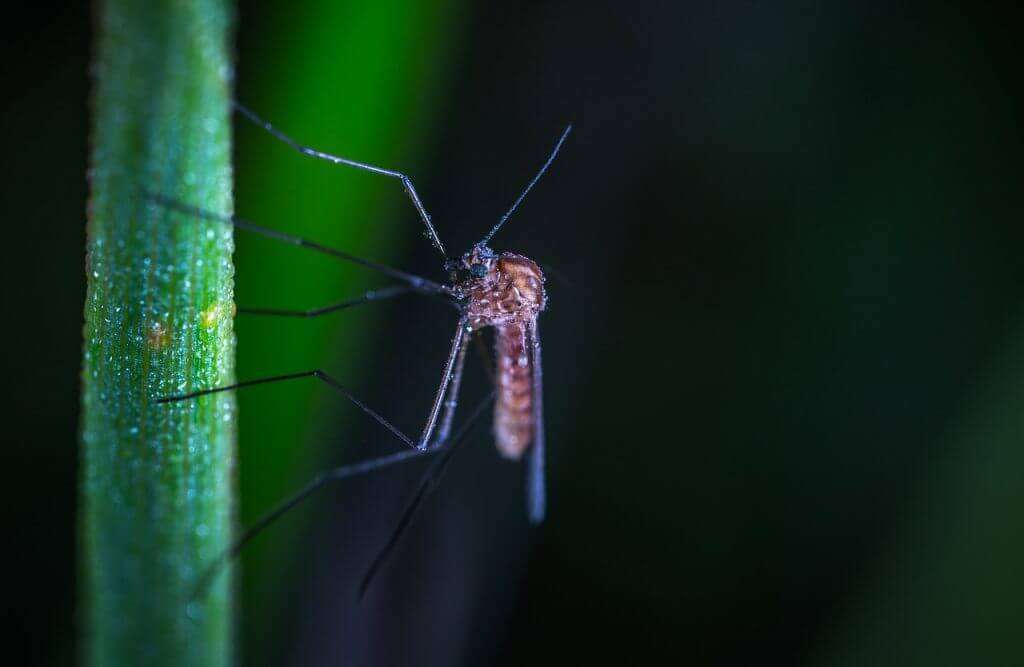 First described in 1952, chikungunya is another mosquito-borne disease that presents in the form of high fever and joint pain. The disease has been reported in over 90 countries covering America, Europe, Asia, and Africa.

The word chikungunya literally means “to become contoured.” It describes the stooped appearance of a patient secondary to joint pain.

The onset of infection is seen within 2-12 days of a bite from an infected mosquito. Other than the sudden onset of fever and joint pain, chikungunya is accompanied by myalgia, rash, headache, fatigue, and nausea. Based on the duration of joint pain–that may be prolonged for weeks or even months–the virus can cause acute, sub-acute, or chronic illness.

Doctors use virological and serological tests like ELISA and PCR to confirm the diagnosis.

There is no specific treatment for this disease, and no vaccine is available. Use of antipyretics, analgesics, and fluids do the job.

Characterized by high fever and jaundice, yellow fever gets its name from the yellowing of the skin due to jaundice. It affects around 47 countries in Africa and South America and contributes to the disrupted economy and the development of affected areas.

Usually, the travelers bring the virus to unaffected areas, and so many countries will require proof of yellow fever vaccine before they issue a visa.

Many people would not show any signs of yellow fever. The ones who suffer the clinical presentation usually present with fever, backache, headache, muscle pain, nausea, vomiting, and loss of appetite. These symptoms mostly last for 3-4 days.

However, a small percentage of the infected individuals show the signs of toxic phase within 24 hours of recovery from initial symptoms. It is during this phase that people develop jaundice, and have affected liver and kidneys. Up to 50 percent of such cases do not survive for more than 10 days.

It is one of those infections that are difficult to diagnose. A severe form of the illness is likely to be confused with hepatitis, malaria, and poisoning. Blood tests and serological studies are used to diagnose the case.

There is no anti-viral drug to treat yellow fever. Treatment is supportive.

The best way to prevent this disease is vaccination. The vaccine used against yellow fever is both safe and affordable. A single dose is sufficient to provide lifelong protection.

The vaccine is, however, not recommend for pregnant women, immunodeficient individuals secondary to HIV/AIDS or a thymus disorder, those who have egg protein allergies, and infants who are less than 9 months of age. Infants are chosen for vaccination only if the risk of infection is high.

Spread by the bite of a mosquito, West Nile Virus (WNV) is a common infection that is usually mild or symptom-free. There is no reliable data regarding the WNV cases, but the virus affects a few thousand people in the United States. There have also been endemics of the disease in other regions during the past years.

Only 20 percent of the infected cases develop symptoms, and that too mild ones. The affected individual’s complaint about the following problems:

These symptoms do not last long, but tiredness can bother for a few weeks.

A rare case, typically one out of 150 cases, can develop neuroinvasive disease affecting the nervous system leading to meningitis or encephalitis. This can lead to extended effects and long recovery period, especially in elderly population.

WNV-specific antibodies in serum or cerebrospinal fluid confirm the infection.

There are no vaccines available to prevent WNV, and there is no specific treatment for the illness. Supportive therapy usually includes anti-inflammatory medicines, IV fluids, analgesics, and antipyretics for fever.

Almost 80 percent of the cases develop no symptoms, and those who do, usually have an excellent prognosis.

A life-threatening condition, malaria, is caused by the bite of infected Anopheles mosquitoes. There were around 216 million cases of malaria and 445 000 resulting deaths in 91 countries in the year 2016. It is estimated that 90 percent of the disease burden resides in the African region.

While malaria is not much prevalent in the western world, it remains a major issue in Africa and Asia. Moreover, 91 countries have active malaria transmission.

Individuals at high risk of catching the disease are pregnant women, infants, children less than five years of age, HIV/AIDS patients, and travelers.

Malaria is characterized by headaches, fever, and chills that appear within 10-15 days of an infected mosquito bite.

Depending on the severity, other symptoms may also appear. They include profuse sweating, nausea, vomiting, diarrhea, abdominal pain, bloody stools, body aches, convulsions, and coma. In severe cases, children are likely to develop severe anemia and respiratory distress.

Patient’s symptoms, physical findings at the time of examination, and microscopic methods are ways to confirm the diagnosis.

All malaria cases are to be considered a potential medical emergency and treated accordingly. Anti-malarial drugs are used to treat malaria.

Treatment is necessary; what’s better is prevention. Mosquitoes are the living reality of most parts of the world. Although mosquitoes are the deadliest creatures on earth, mosquito-borne diseases are still preventable.

Read on to find out the preventive and controlling strategies for mosquito bites.

Mosquito-borne diseases are widespread affecting almost every single region on earth, except for Antarctica. As prevention is considered better than cure, it is best to apply all preventive strategies to avoid mosquito bites. Pay special attention to those who are unlikely to care for themselves such as kids and older adults.

You never know which virus or parasite may a mosquito transfer through a bite as small as less than a millimeter. Play your role in keeping mosquitoes away from your communities and stay safe. 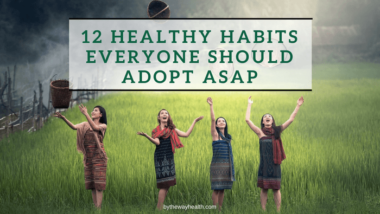 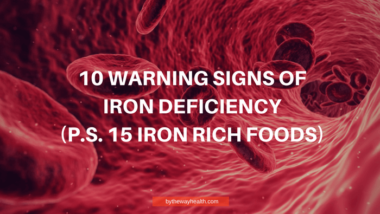