Everything You Need To Know About Iodine Deficiency

Iodine deficiency can lead to a variety of health conditions; if encountered during pregnancy, it can even result in stillbirths and abortions. It is an easily preventable issue, and used to be a global health problem in the early 2000s. With the introduction of iodized salts, there was a significant decline in the number of iodine deficiency disorders (IDD)– a term coined to refer to all the health consequences of iodine deficiency.

Since 1980’s, the public health departments have taken considerable measures to tackle iodine deficiency. The number of countries having adequate iodine intake has increased from 67 to 116 as of 2014. However, the steady progress seen in Europe and Western Pacific is less progressive in Africa and some parts of Asia. Additionally, sustainable iodine sufficiency is seen in only a few countries: Canada, Norway, Sweden, Switzerland, Peru, Panama, Japan, the United States, Finland, Austria, and a few more. 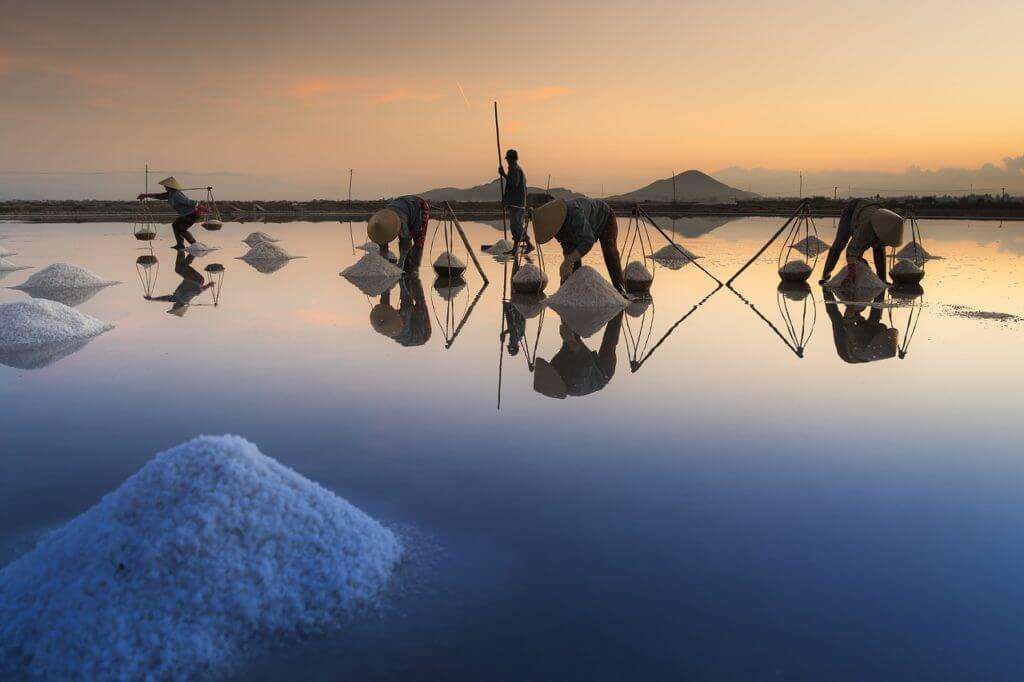 The iodine intake of people that had stated to improve in the late 20thcentury is now on the low side. The increasing use of non-iodized salt in commercially available food products is a major reason of this decline in iodine intake.

The aim of this article is to take you through the details of health consequences of iodine deficiency and provide science-baked information on how to take enough of this mineral.

Signs and Symptoms of Iodine Deficiency

1. Swelling in the neck (Goiter)

Goiter is a swelling in front of the neck that results from excessive growth of thyroid gland.

Here’s a little physiology class: Thyroid gland – a butterfly shaped gland in front of the neck – is responsible for delivering thyroid hormones to the body. The gland requires signals from Thyroid Stimulating Hormone (TSH) to start creating thyroid hormones.

As soon as the blood levels of TSH rise, thyroid gland starts manufacturing hormones with the help of iodine and a few other components. Now, you can well imagine how this gland would fail to provide sufficient thyroid hormones in the case of iodine deficiency.

What would organizations do if when demand is high and supply is low? They increase their employs. Thyroid gland does something similar. When iodine is deficient, the thyroid cells multiply and grow in an attempt to fulfill body’s requirement for the thyroid hormones. This leads to increased mass of thyroid gland and therefore, a swelling in the neck.

Hair loss is a common feature of hypothyroidism (a health condition resulting from a lack of thyroid hormone production). While hypothyroidism can be due to many causes, a highly prevalent cause – especially in the developing world – is iodine deficiency.

The growth of hair follicles is linked to adequate thyroid hormone levels. A 2014 study found that out of 700 individuals with hypothyroidism, 30 percent experienced hair loss.

Just like hair loss, dry skin is also a result of hypothyroidism, which may result from iodine deficiency.

A normal level of thyroid hormones helps with the skin cell regeneration. With low levels of thyroid, this process doesn’t occur as often as required, and may lead to dry, flaky skin.

Iodine deficiency leads to low production of thyroid hormones, which in turn leads to low metabolic rate, which encourages food to be stores as fat rather than being burned to generate calories. So, even when your dietary intake has NOT increased, there is weight gain.

Of the congenital abnormalities, Cretinism is the most severe. It is an irreversible form of mental retardation, and affects a significant proportion of people living in iodine-deficient areas. An even important aspect of iodine deficiency is the less visible damage that reduces the mental functioning and performance in school and at work.

6. Problems with the menstrual cycle

Heavy bleeding or irregular periods may be due to hypothyroidism, which may be secondary to iodine deficiency.

A deviation from normal thyroid levels interrupt with the signals of menstrual-cycle-hormones.

Various factors can predispose a person to iodine deficiency disorders.

The iodine status of the population is taken as median urinary iodine concentration.

Seaweed is the best source of iodine and can even provide more than 100 percent of the recommended daily intake. However, the iodine content in a seaweed depends on the region where it came from. The ones from Japan are especially high in iodine. Examples of seaweed include kombu, wakame, hijiki, arame, and kelp – kelp being the riches source of iodine in foods. 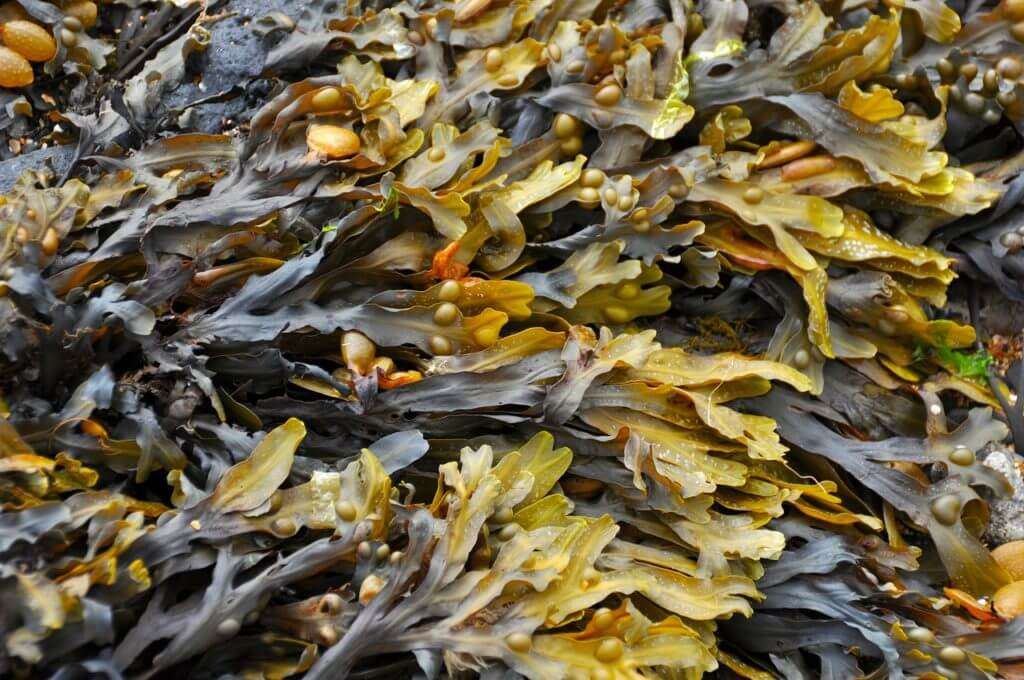 Iodine has a positive effect on the functioning of thyroid glands. It helps release the hormones that control the body’s base metabolic rate. Metabolic rate is very important for the proper functioning of the human body. It determines the efficacy of the body’s organ systems and biochemical processes like sleep cycle and absorption of food.

Iodine plays an important role in the utilization of calories and maintains energy levels. The thyroid hormones that utilize iodine in their formation are also involved in keeping us active.

Iodine helps strengthen immunity and encourages apoptosis. Apoptosis refers to the orchestrated collapse of the cancerous cells. Intake of iodine assists in destroying the dangerous cells while keeping the healthy cells safe in the process. According to the evidence, iodine-rich seaweed can inhibit the growth of breast tumor. That is why countries like Japan, where the iodine-rich diet is common, have a low rate of breast cancer.

Iodine can help the body get rid of toxins like mercury and lead. Evidence suggests that iodine has many extrathyroidal benefits like antioxidant functions and antibacterial properties, especially against H. pylori. Helicobacter pylori or H.pylori is a bacterial infection in the stomach that is linked with gastric cancer.

Iodine can also help maintain the integrity of the mammary gland.

Iodine is known to strengthen immunity and is listed among the scavengers of free hydroxyl radicals. It activates and accelerates the activity of antioxidants across the body and thus helps defend against several diseases like cancer and cardiovascular disease. Some recent studies in rats have also indicated that iodine directly protects the brain cells against the free radicals by pairing with the fatty acids in the cell membrane. In this way, there is less room for free radicals to damage the organism.

While there is a room for research in this realm, the study in rats suggests that iodine can protect the living beings against the harmful free radicals.

6. It Forms Healthy and Shiny Skin

Iodine deficiency entails dry, irritated, and rough skin that later succumbs to inflammation and gets flaky. That is because iodine renders the skin healthy and shiny. It also improves the overall health of hair and teeth while being an important trace element. So, consuming an adequate amount of iodine is very important for maintaining skin health.

Iodine deficiency is the most prevalent cause of goiter in the world. A meta-analysis in China showed that the communities with low iodine concentration in the urine had an increased risk of goiter.

One can add eggs, diary products, especially milk, sea salt in the food to prevent iodine deficiency. Including these foods in the diet are also recommended if one already has goiter.

8. It Helps Prevent Impaired Growth and Development in Children

Various research studies have shown that women who have iodine deficiency during pregnancy have children with impaired growth and development. These infants are more vulnerable to neurodegenerative problems, such as cretinism and learning disabilities. Moreover, they are more likely to have motor function problems, low growth rate and high mortality rates.

Professors at the university of Sydney and the Swiss Federal Institute of Technology in Sweden have conducted researches on the subject matter and concluded that irreversible mental retardation and brain damage are by far the most common and important disorders induced by severe iodine deficiency.

Potential Side Effects of Iodine Over Dosage

As per the European and United States expert committees, iodine overdose can be dangerous. The upper tolerable range for adults is from 600 to 1100 mcg/day, whereas for adolescents (15-17 years old), it is 500-900 mcg. The younger children can tolerate no more than 200 to 450 mcg per day.

These are just ranges based on data gathered by scientists. Based on various factors, each person has different response to the upper dose. For example, a dose greater than 2,000 mcg could specifically be dangerous in individuals who have tuberculosis or kidney diseases.

As mentioned earlier, pregnant and nursing mother need more iodine than others. However, extra caution is required of them; they should not consume more than the recommended amount.

Where lack of iodine results in hypothyroidism, it’s excess can lead to hyperthyroidism and thyroid papillary cancer. A healthy balance is essential to prevent overdose or deficiencies.

Iodine deficiency is a public health concern and rather than an individualized approach, community based efforts through iodized salts can produce greater benefits.

Iodine is essential for the synthesis of thyroid hormones. An iodine deficiency during pregnancy can result in serious consequences, such as improper mental growth, cretinism, neonatal and infant mortality. A deficiency later in life can result in hypothyroidism and its associated complications.

Adequate amounts of iodine can easily be obtained by consuming iodine-rich foods and iodized salt. 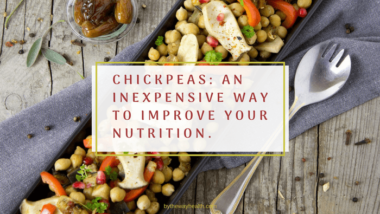 Chickpeas: An Inexpensive Way To Improve Your Nutrition 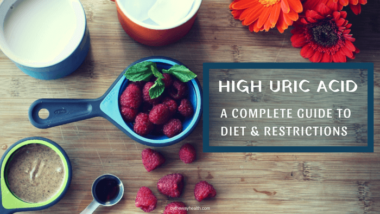