These 14 Foods Will Help You Live Longer

Have you ever wondered why the average life span keeps getting shorter with time? It is mainly because of our lifestyle and dietary patterns. The top causes of death across the globe include diseases like cancer, heart disease, and diabetes. You may know that the risk of developing these diseases can be reduced changing your diet and lifestyle, but did you know that certain foods can also help you live a healthy, longer life?

So, what would you do if someone told you the secret to live longer lies in the kind of food you eat? You’ll definitely want to add those food items to your buying list. Before you go buying the, you should check your pantry first. It contains a number of things that can give you a longer life.

Foods to live a longer life

We have compiled a list of foods that help you live longer. There it is: 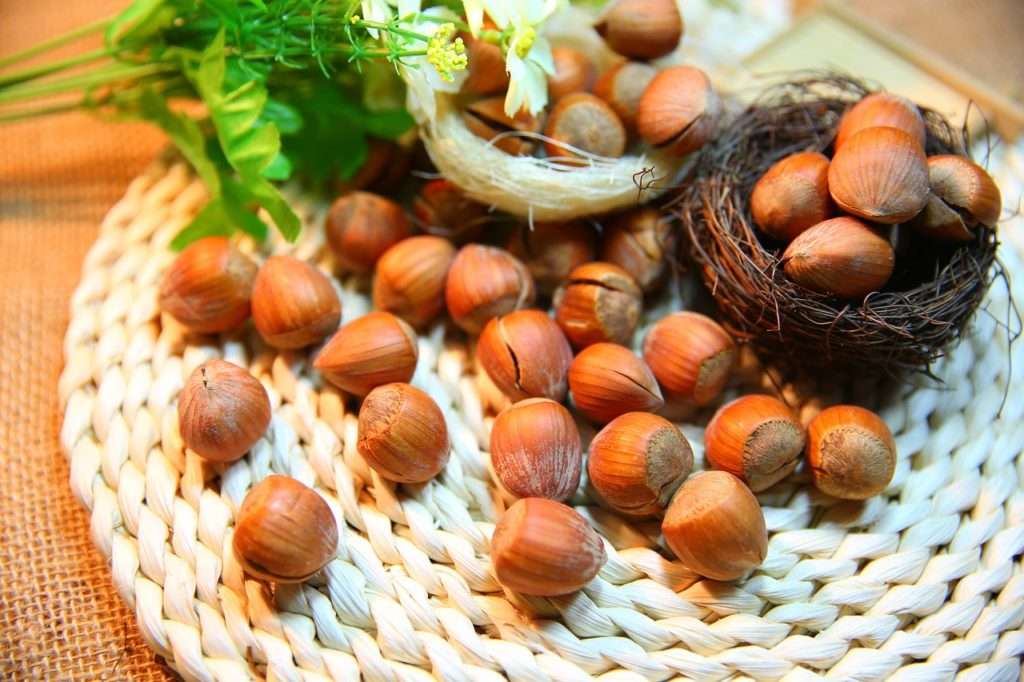 Just like an apple, a handful of nuts a day can keep the doctor away. They are the best natural snacks, which can also help you live longer. According to a study published in The New England Journal of Medicine, people who eat nuts daily have a lower risk of dying from diseases like cancer, respiratory disease, or cancer.

The study states that people who eat nuts every day tend to live longer, healthier lives, as compared to those who do not eat nuts. The reason nuts are this healthy is that they are packed with protein, fiber, and monounsaturated fats. They also help reduce bad cholesterol.

One study published in the Journal of Alzheimer’s disease linked consuming walnuts with better memory. It indicates that walnuts also help prevent the cognitive decline.

There is more to avocados than meets the eyes. They are not just a trendy topping on your toast or an ingredient in your salad. An avocado contains healthy monounsaturated fats that help lower the cholesterol. It also keeps the heart disease away along with giving you a feeling of satiety.

It helps you achieving longevity by staving off the serious ailments responsible for the majority of the deaths occurring around the world.

According to a study published in the journal Cancer Research, the molecules found in avocados fight with the stem cells of acute myeloid leukemia (AML), a cancer type that causes 90 percent of the people diagnosed who aged over 65.

According to research published in the Journal of Alzheimer’s Disease, polyphenols have positive effects on learning and memory decline. It also helps reverse the cognitive decline related to aging.

Furthermore, it is a staple in the Mediterranean diet, which is considered as the perfect diet to live longer. According to the anecdotal evidence, most people who have lived up to or more than 120 years have one thing in common: they consume extra virgin olive oil daily.

You can take the oil by either sipping a teaspoon daily or adding it to your food. You can also add it as a dressing on a salad or while cooking food.

Another 10-year study published in the American Journal of Clinical Nutrition gave the same findings. It revealed that the men aging between 55and 69 who consumed a Mediterranean diet tended to have a higher life expectancy by eight years. For women, the life expectancy was even higher, i.e., up to 15 years.

According to a study published in Experimental Biology, people who consume at least one serving of leafy vegetables every day reduce their risk of death by 15 percent.

Leafy greens include kale, spinach, arugula, romaine, and mesclun. All of these vegetables are considered as the healthiest foods on earth.

One study, executed by William Paterson University, found that the top 15 nutrient-dense products belonged to the leafy greens.

Experts opine that vegetables like broccoli, spinach, and kale are filled with nutrients that protect the human body against cancer and heart disease.

Moreover, evidence has it that the higher intakes of cruciferous vegetables can lower the risk of several cancers like those in breast, bladder, bowel, lungs, stomach, ovaries, prostate, kidneys, and pancreas.

Fiber helps to keep your blood sugar low. It also helps to fend off numerous diseases while reducing the risk of serious ones like type 2 diabetes, knee arthritis, and food allergies.

According to many studies, high-fiber diets lead to longer and healthier lives. One study conducted in 2017 found that fiber feeds the gut microbes, which are good for gut health.

Hence, foods high in fiber can help you live a healthier life, as they stave off the risk of several serious diseases. One such food item is chia seeds, two tablespoons of which contain 11 grams of fiber. Whereas, the daily recommended intake is 25 grams for women and 38 gram for men.

Moreover, one study published in the Archives of Internal Medicine concluded that individuals with increased dietary fiber intake could have a significantly lower risk of death.

You can take the chia seeds with yogurt, sprinkle them on top of your salad, or add them to your smoothies.

Eggs are the powerhouses and the most favorite breakfast for the majority of people out there. Contrary to popular belief that they are not good for cholesterol, eggs actually help with the cholesterol. They improve the amount of high-density lipoproteins (HDL) or good cholesterol.

Moreover, these little powerhouses help regulate the blood sugar. According to a study published in The American Journal of Clinical Nutrition, the middle-aged and older men who eat four eggs every week have lower blood sugar and a 38 percent reduced risk of diabetes than those who eat an egg once a week.

According to the experts, you should eat about six eggs every week to improve your overall health and ultimately, to have more years to live.

Also known as a superfood, blueberries are full of antioxidants. Eating blueberries equip you with one of the most powerful weapons to tackle aging. They help shun many diseases away and also fight inflammation. 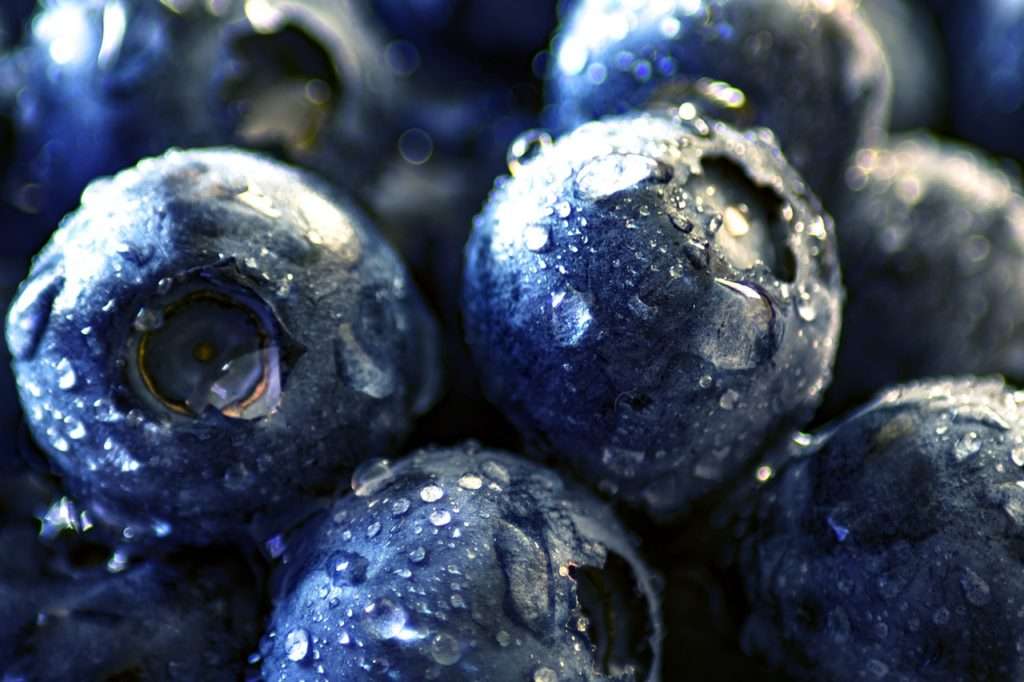 Not only that they are good for your immune system, but they also improve your brain health. According to one study, older adults who consumed blueberry juice for 12 weeks got a higher score on the memory tests than those who had taken a placebo.

Blueberries are also rich in polyphenols that can extend your life. One study indicates that consuming polyphenols in abundance can lower your risk of death by 30 percent. The component is believed to reduce the risk of diabetes and cancer as well.

Yogurt is another protein-packed food that is the favorite of many people. Not only that it tastes good, but it is also rich in probiotics. One study conducted in Japan observed that people who ate probiotic-rich food had extended life expectancy than those who did not.

If you want a completely healthy product, go for the unsweetened version. Doing so will ensure that you are not consuming the inflammation-causing sugar. Besides, you will also cut down on the processed sugar intake, which is not good for your health at all.

If the idea of unsweetened yogurt seems boring to you, you can jazz it up by adding fresh fruit and nuts. It will prove to be a light, refreshing addition to your meals.

Inflammation causes your body to age fast and increases your risk of weight gain, Alzheimer’s, and heart disease. In order to tackle inflammation, you can eat tomatoes. They contain lycopene, which has anti-inflammatory properties.

Tomato peel contains most of the lycopene present in the fruit. Moreover, you should remember while buying the tomatoes that the redder they are, the more lycopene is there in the fruit.

Products like tomato juice, ketchup, and sauces are the richest source of lycopene. Unlike many other fruits, they tend to be richer in the said component when they are processed.

You must be hearing this since your childhood that an apple a day keeps the doctor away. The new studies show that an apple a day also adds several years to your life. Apple skin is rich in fiber, which helps a lot with increasing the life expectancy.

It is also associated with a lower risk of heart diseases. The fruit contains soluble fiber, which can help lower the blood cholesterol levels.

Moreover, apples are believed to improve the immune system and gut health. You can add an apple to your morning routine. You can eat a green apple if you have diabetes, as it contains less sugar than the red apple.

Coffee contains hundreds of compounds, many of which have important health benefits. That is why it is considered one of the healthiest beverages on the planet.

Multiple studies have shown that people who drink coffee in moderate amounts are less likely to die an early death. Therefore, it is deemed as the food that can help you live longer.

Coffee contains antioxidants that protect against the harmful effects of free radicals. The free radicals cause oxidative stress, which is a known reason for aging and several serious conditions like heart disease and cancer.

Many studies support the premise that coffee intake lowers the risk of dying from different serious diseases. One study conducted in 2012 found that participants who drank the most coffee were less likely to die during the 12-13 year period of study.

In fact, the study found that even moderate coffee consumption, i.e., one cup a day could lower the risk of death by six percent.

You must be familiar with the weight-related benefits of green tea. There has been a lot said and written on the weight-loss benefit of this beverage.

However, the benefits of green tea are more than just helping in the weight loss. The beverage speeds up your metabolism, overcomes stress, and shrinks fat cells.

It also entails many anti-aging benefits. It helps regulate cholesterol. Some researchers believe that it can also slow down the growth of certain cancer cells.

According to a Japanese study, people who drink even a pint of green tea every day have a reduced risk of death. The main reason behind the low risk is that green tea lowers the risk of heart disease.

According to a study conducted by the Ohio State University, an omega-3-rich diet helps preserve the telomeres, which ultimately slows down the aging process.

Notably, telomeres are the ends of the chromosomes that shrink with age. Without telomeres, the DNA strands become damaged and render the cells unable to do their job. In short, it marks the beginning of the deterioration of the human body. 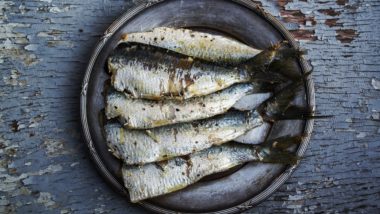 All about Omega 3 and Omega 6 Fatty Acids 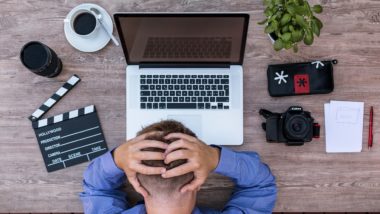 10 Ways To Care Your Back Pain In Pregnancy