All You Need Is A Little Sunshine Vitamin, AKA Vitamin D. Check Out Here!

When it comes to the question of deficiency of the sunshine vitamin, also known as vitamin D, there are two groups of people. Those who live in sunny regions and those who have their days long and dark. Although people who live in lack-of-sunshine-regions are more prone to vitamin D deficiency, living in the bright areas is no guarantee that you have sufficient vitamin D in your body.

The term sunshine vitamin (vitamin D) might sound like a thing that’ll help cheer your mood, but it is an essential nutrient that aids in the absorption of calcium and also supports the nervous, immune, and musculoskeletal system in your body. 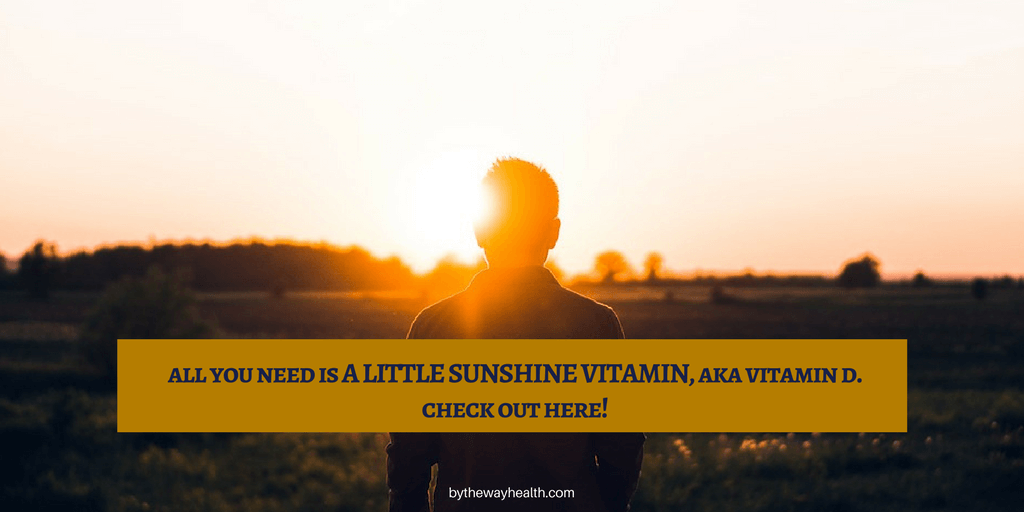 Back in the days of 19th century, the influential German chemists had put forth the concept that an adequate diet includes

This belief survived until the early 20th century. Later on, several studies suggested that it was not true. Vitamins and other micronutrients are also important for the overall health.

The discovery of vitamin D took place in Great Britain as a result of high incidence of rickets.

Although rickets, the disease related to vitamin D deficiency, is not prevalent in the United Kingdom of today’s era, there was a time when the incidence of rickets in the UK was so high that they started calling it as ‘the English Disease.’ Sir Edward Mellanby was the one who considered rickets as a possible dietary deficiency disease.

Now, he started feeding dogs with the diet that people with high rickets incidence used to eat. At the same time, he kept those dogs indoor and away from the sunlight. Eventually, these dogs developed rickets.

Sir Edward treated these dogs with cod liver oil. Initially, he assumed that it was vitamin A that cured the disease but later experimentations led to the discovery that vitamin D in liver cod oil was the main component that cured rickets in children.

A Little Sunshine Can Ward off Bone Pains.

You might have seen in the science fiction movies how an element is created as a result of exposure to some light or chemical. A bit of a similar action happens when your body is exposed to sunlight. When the ultraviolet rays from the sun hit your skin, vitamin D synthesis is triggered.

If that is the case, you might wonder about the effects of sunscreen on the level of vitamin D synthesis. The need for sunscreen is always there due to skin cancer risks. Taking it off to prevent the D deficiency won’t be a wise thing to do.

As very little amount of UV rays are required for vitamin D synthesis, you can attain enough of that sunshine by walking outside for as low as 10 minutes. Moreover, most people apply sunscreens to the face; the rest of the body is, therefore, getting enough vitamin D stimulation.

If you know that a 30-minute sun exposure will give you sunburn, try going out for 10 minutes, and apply the sunscreen after that. This way you have limited your risks for sunburn and cancer, and have also got sufficient sun exposure for vitamin D synthesis.

The problem is that people assume they get all required nutrients through food, but a little sunshine can go a long way to prevent bone pains.

Individuals from some European countries may not find their vitamin D insufficiencies as shocking news. They don’t get to have the best of the sunshine, and if they lack on the supplements and specific diet, they are already expecting a deficiency.

What about those who have all the sunshine in their life, such as people from sunny Los Angeles, and they still get to have the sunshine hormone (Vitamin D) deficiency?

Here, the concept ‘not everyone processes sun in a similar way’ proves its authenticity. For some people, getting enough sunshine is not enough. They need other sources of vitamin D to have their needs met.

Let’s take a look at the signs of deficiency and the groups of people who are at risk of vitamin D deficiency.

The symptoms of vitamin D deficiency can easily be confused with other medical conditions. Here are a few signs you should watch out for if you expect a deficiency.

Extreme deficiency can lead to difficulty in walking and standing from a sitting position. Softening of bones due to vitamin D deficiency may increase the risk of falls and bone breaks.

Another likely issue is a seasonal affective disorder (SAD). It might be misdiagnosed as depression or bipolar disorder. Such individuals are also more prone to high blood pressure and problems related to teeth.

Am I at risk of vitamin D deficiency?

Other than the lack of sun exposure, you can develop vitamin D deficiency due to

Dark complexion plays a role because your skin pigment acts as a natural sunscreen. A person with dark skin needs more sun exposure to make enough vitamin as compared to individuals who have lighter skin complexions.

Similarly, obesity is related to vitamin D insufficiency because it is fat soluble. People having excessive fat usually have diluted form of vitamin D. Thus, obesity requires more vitamin D to make up for the effect of fat.

The necessary nutrient for the absorption of calcium is vitamin D. Although most people know of D vitamin as a nutrient that is important to bones, research shows that there are multiple other benefits that this provides. It is associated with the prevention of certain diseases.

Multiple studies show alarming results on the association between vitamin D deficiency and increased risk of cancer, especially the colon cancer. In one specific study, participants with high vitamin D concentration had half the chances of developing colon cancer as compared to those who had low levels. Some studies also point that a higher vitamin D intake is linked to low breast cancer risk.

Vitamin D has a protective role in the cardiovascular system. In the Framingham Heart Study, patients who had a low vitamin D concentration were 60 percent more likely to suffer from heart diseases. Similarly, in a long-term study that followed 4 years, patients with low vitamin D levels had 3 times more chances of developing hypertension than those who had adequate levels of vitamin D.

Vitamin D can help prevent diabetes in high-risk individuals. A study conducted on 2000 pre-diabetic patients suggested that there is an inverse relationship between higher levels of vitamin D and the risk of developing type 2 diabetes. If you want to cut your risk of getting diabetes, the sunshine vitamin is your new preventive tool.

Having low concentration of vitamin D in your body is often associated with obesity. The lower the vitamin D concentration, the more the BMI, body fat, and circumference of your weight. It turns out that vitamin D can help you prevent unwanted flesh. In fact, you now have another way to lose weight; get sufficient vitamin D!

It was stated earlier in the article that deficiency of vitamin D often manifests as low moods that might give an indication of depression.

Some of the research studies have indicated low levels of vitamin D in depressed individuals. Similarly, people with low vitamin D levels have been found to be at a higher risk of developing depression.

It is believed that since vitamin D is essential to brain functions, insufficient levels play a role in causing depression and possibly other mental illnesses.

The amount of bone density you have is linked to your calcium levels. As vitamin D helps in the absorption of calcium, low levels mean low bone density. Vitamin D also strengthens muscles and can, therefore, prevent falls. A combination of strong bones and less number of falls reduces bone fractures.

Although a significant cause of disability in the elderly population, the risk factors for Parkinson’s are not fully known. Vitamin D is related because some studies suggest that low levels of this vitamin possibly contribute to the development of Parkinson’s disease.

Based on the National Health and Nutrition Examination Survey, women who are older than 50 years of age and have low levels of vitamin D have an increased risk for urinary incontinence.

Pregnant females who have vitamin D deficiency are at a 3-fold greater risk for bacterial vaginosis as compared to those who have sufficient levels of this vitamin.

Certain autoimmune diseases like type 1 diabetes, multiple sclerosis, and rheumatoid arthritis have been found to have a link with vitamin D deficiency.

One study that followed infants from birth till childhood found that infants who received vitamin D supplements had almost 90 percent low risk of developing diabetes (type 1) compared to those children who didn’t receive supplements during infancy.

Given all these diseases that have a possible association with low vitamin D levels, it can be safely said that optimizing vitamin D levels can go beyond strengthening one’s bones. 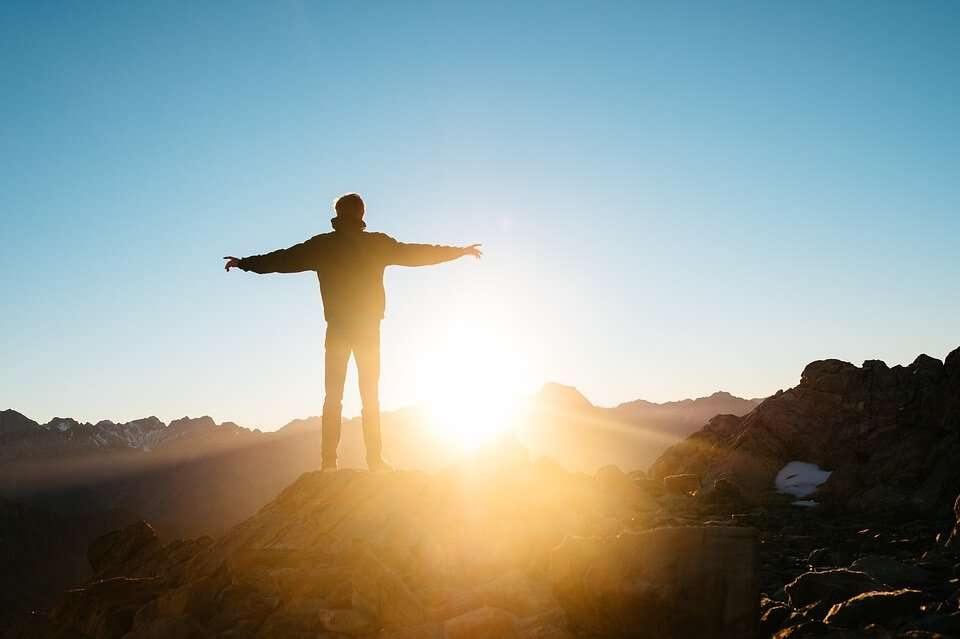 So far, this much is clear that you need vitamin D. It can be obtained from sunshine, certain foods, and the supplements. Below is a list of some rich sources.

Fortified foods are also a good source of vitamin D. You just need to check the label if the food contains vitamin D.

Take note that if you have a deficiency, a little sunshine is not enough. You cannot expect to have your deficiency take care of just by going out in the sun. It requires supplementation.

If you happen to have the signs and symptoms of vitamin D deficiency, check with your healthcare provider. He is the best person to recommend and advise on the dosage, timings, and duration of the vitamin supplements.

There is extensive research going on the subject of vitamin D. The data so far suggests that vitamin D plays an important role in the overall health of an individual.

It is best to work with a healthcare professional to see if you need supplements. 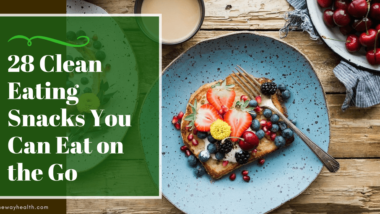 28 Clean Eating Snacks You Can Eat on the Go 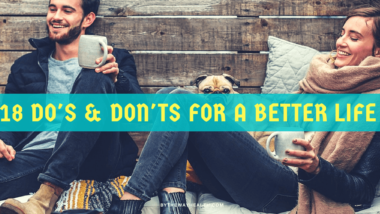